KREMLIN: Google is ABUSING ITSELF, misusing its mighty market position

Muscovite monopolo-cops get ready to move against Chocolate Factory 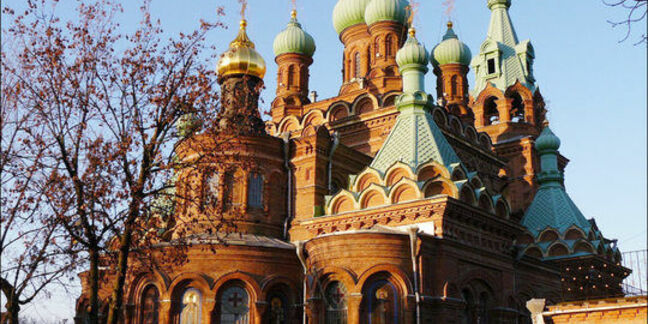 The Russian state is to take action against gigantic advertising company Google for abuse of its dominant position across internet services, according to reports.

The Wall Street Journal cited sources in the Russian Federal Antimonopoly Service as saying that the agency's probe into a complaint from rival Yandex had found Google guilty of abusing its dominant market position.

The report claims the full charges will be posted within the next 10 days, per government rules. A second charge of "unfair competition practices" was not filed against Google.

Google did not respond to a request for comment on the WSJ report.

The Russian Federal Antimonopoly Service kicked off its probe of Google in February, citing a complaint filed by Yandex. Of particular concern was Google's handling of the Android platform and its decision to freeze out rivals by requiring that all Android handsets ship with Google's own services – such as web search and its app store.

This, claimed Yandex, allowed Google to extend its dominance in areas such as web search over rival Yandex services. Yandex also maintained its own mobile store, a competitor with the Google Play Store for Android software.

The report notes that if Google is indeed found to be in violation of Russian antitrust laws, the Chocolate Factory could be forced to change to how it offers applications and services for Android. A fine could also be imposed.

Russia is far from alone in casting its eye on Google's possible antitrust violations. The European Union (EU) is also eying Google's business dealings carefully following a string of complaints from rival companies.

The government of India has also accused Google of violating its antimonopoly laws. ®