The eye-watering personal peril which comes of careless outdoor urination

Indian doctors have published the eye-watering account of a farmer who was bitten on the penis "while he was urinating in an open field".

The unnamed 46-year-old hobbled to accident and emergency three hours after taking a hit from a "gunas", the local name for the Levantine viper (Macrovipera lebetina). 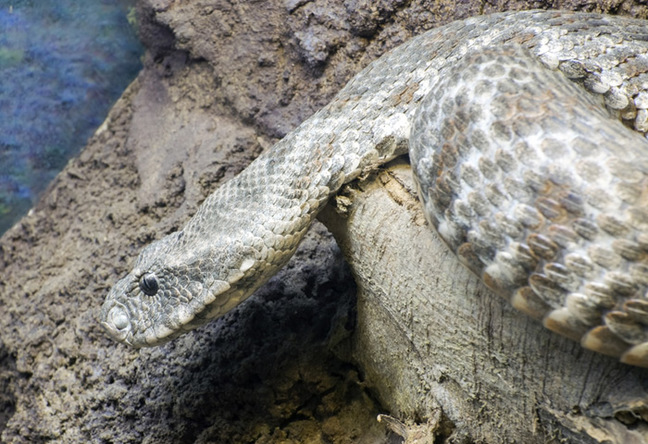 The report in The New England Journal of Medicine (NSFW and certainly not for the faint-hearted) says the unfortunate chap was suffering "a grossly swollen penis and formation of hemorrhagic bullae at the puncture sites".

Happily, administration of "polyvalent anti–snake venom (a snake antivenom serum that neutralises the venom of the cobra, common krait, and viper)" did the trick, and he was discharged after 36 hours.

Four days later the swelling had subsided, leaving merely "necrotic tissue at the puncture sites". A couple of weeks later, the victim had completely recovered.

The Levantine viper can been found in North Africa, the Middle East and, in this case, the Indian region of Kashmir. It's a substantial animal, with females growing up to 150cm in length.

Kashmir can now be added to the list of places in which it is advisable to exercise caution when whipping out one's trouser snake. These include Australia and Taiwan, and Ghana. ®

Plus: US govt says it's 'looking at' banning Chinese social media apps, including TikTok