Kelvin Jones croons from the upper atmosphere in a retro stylee

It appears that pretty well everything but the kitchen sink has now been dispatched stratowards under a helium balloon, and we can now cross vintage tellies off the list, thanks to a music vid featuring crooner Kelvin Jones and his ditty Call You Home.

Director Joe Connor explained: "I created this video by sending a vintage Sony TV into orbit on a weather balloon provided by Sent Into Space, surrounded by cameras so as to capture this spectacular footage hovering above the Big Blue Marble itself."

"More precisely, it took two launches – both from Snowdonia in Wales, with two identical TVs, with each launch providing the opportunity to rig the GoPros in different positions."

For the benefit of vintage TV aficionados, we reckon the model in question is a Sony 9-9OUB – entirely appropriate since Jones is signed to Sony Music.

Here's a 1969 ad for the solid state marvel, at a truly stratospheric price*: 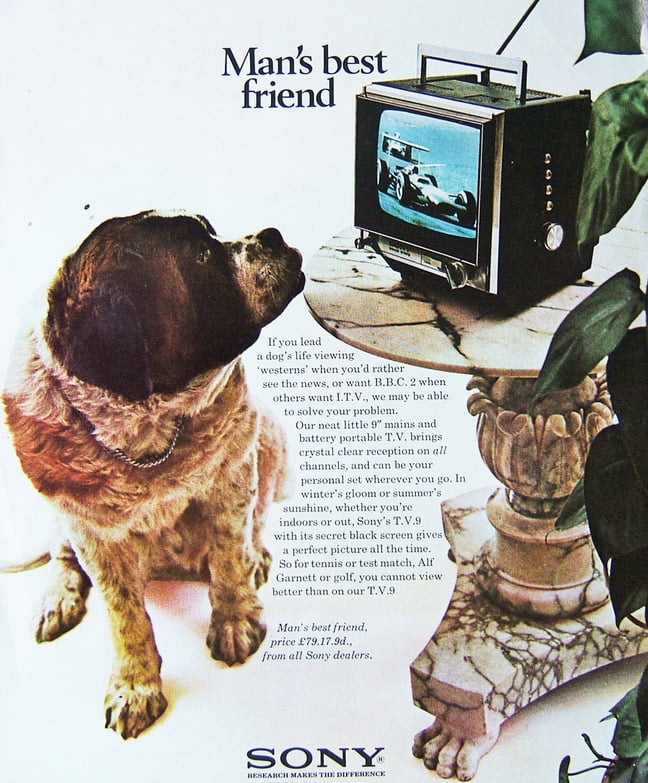 Shockingly, Connor says of his two sets: "I'm pleased to say that all TVs in this music video were harmed as they crash-landed back to earth."

To save the "hold on a minute..." brigade the trouble of protesting, yes, the 9-9OUB is a black-and-white set, so clearly some digital jiggery-pokery back on terra firma was involved in getting Jones on screen. It is indeed disappointing that his image was not beamed live to the TV via a hi-def satellite connection. ®

Oh yes, thanks to Daz Disley for the heads-up.