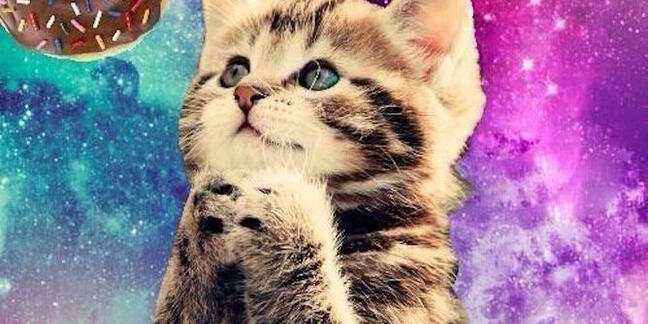 Cisco staff endured another storm of internal email on Wednesday after a worker fired off a reply-all message – and hundreds more piled in with cat pictures, memes and more.

The cyber-blizzard reminded El Reg of Cisco's great e-tempests of September and October 2013 – what is it with this time of the year, we wonder.

In this week's case, we understand that a staffer tried to unsubscribe from an internal mailing list, but sent the request to the reply-all address, reaching thousands of workers at the networking giant. Hundreds more then replied to everyone, and ramped up the volume to about 600 mails an hour at one point.

Eventually the storm died down when the San Jose, California-headquartered biz's admins funneled the messages straight into the trash.

"It stopped not long after it started, but as someone who was on the list, it seemed much longer. Our messaging team were on it quickly and black holed the thread," Nigel Glennie of Cisco's global comms team told The Reg, confirming a digital tornado battered inboxes during the late afternoon.

"Email storms are so rare these days, but I am proud to say that the guardians of the Cisco culture are still around. When email storms occurred in the days of old, people would have fun by responding with an ironic 'unsubcribe' or their favorite recipe. We saw some of that today, and even some cat pictures."

Who @Cisco is loving the email storm2015? Don't Hit REPLY ALL! We work @ a tech company for the love of god! 30K+ peeps #BreakTheInternet

@Cisco every time someone hits "reply all" a kitten dies.

No doubt if you've worked for an organization of any decent size, you'll also have experienced one of these reply-all storms – feel free to post away in the comments about it. Get it off your chest.

This humble hack is reminded of the time two university academics, one of whom was very senior and serious, had their Ugandan affair rumbled after a private email between them was accidentally sent to a department-wide reply-all address, complete with the phrase: "I'm your sexy teddy bear." ®