The New Bodleian Library, as it was known before becoming the Weston, was designed by Sir Giles Gilbert Scott, also responsible for Battersea Power Station, the red telephone box and Cambridge’s University Library. The phone box and the central tower of Cambridge’s library have a certain family resemblance. 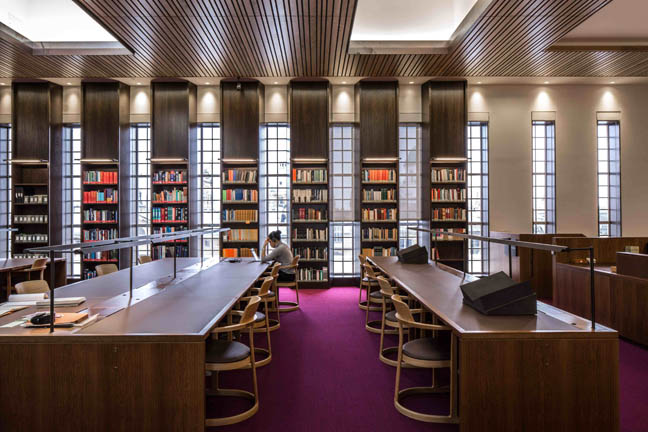 In the early 20th century, both Oxford and Cambridge had a library space crisis. They aimed to solve it by building libraries that could store the millions of books that both universities continue to receive through legal deposit, entitling them to a copy of every book published in the British Isles, as well as their own extensive purchases.

Cambridge built its new library on playing fields across the Cam from the centre of town, letting it cope with expansion by building a new wing every few years. Oxford built the New Bodleian opposite the original library, right in the middle of the city, with opening planned for 1940.

That didn’t happen for obvious reasons; after military use in the Second World War it finally opened in October 1946. Apart from a roof extension in the 1960s for the Indian Institute library, the New Bodleian wasn’t extended. Without building on some of Trinity College’s extensive lawns, there was nowhere to go.

The New Bodleian had 88km of shelves, and it wasn’t nearly enough. Items were stored in the grounds of an 18th century manor house in rural Oxfordshire, now used as the headquarters of the Brahma Kumaris World Spiritual University, and in disused salt mines in Cheshire, from where retrieval took several days. (Imagine every Mills and Boon novel ever published, down a salt mine, yearning to be set free by an Oxford student.)

Furthermore, this being Oxford, the New Bodleian became a listed building, despite having been compared by travel writer Jan Morris to a municipal swimming bath.

Something had to go: specifically, the closed stack. The library drew up plans for a £29m, 20-metre-high state-of-the-art warehouse on the Osney Mead industrial estate, on the edge of the city. Just three floors of upgraded underground storage would remain in the New Bodleian, and its interior would be rebuilt. The city council allowed the rebuilding, but this being Oxford, it refused planning permission for the Osney warehouse.

Which is why the bulk of the collection of the Bodleian Library of the University of Oxford is located on the Keypoint distribution estate on the edge of Swindon, 27 miles away on the end of the A420. Forget honey-coloured colleges: it is surrounded by Honda factories, a branch of Sainsbury’s and the headquarters of Wiltshire Police.

If you look north from the lorry-thronged A420, you might catch a glimpse of a tasteful block covered in stone and wood: the dreaming spires’ out of town big box book warehouse. 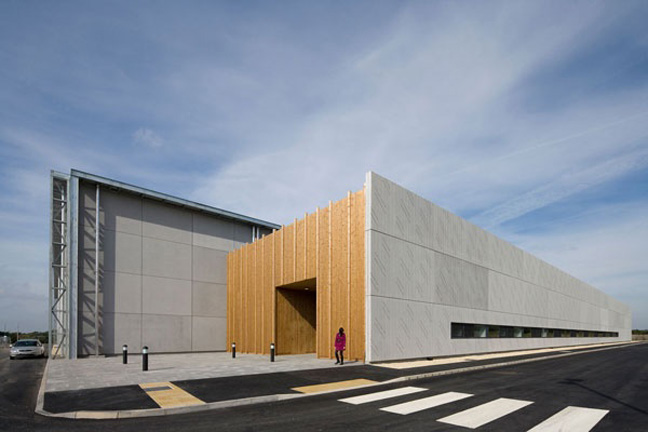 Not a data centre: the Bodleian big-box, storage facility behind the Weston. Photo: Scott Brownrigg

Oxford has the history, but our ability to see some of the most important pieces of paper in Britain relies on what is effectively a software and barcode-driven warehouse in Swindon. It’s here I head next.

Officially known as the Bodleian Library’s Book Storage Facility (BSF) this is home on the day I visit to 8,328,367 books – around two-thirds of the library’s total collection, as well as some 1.5 million maps. The fact that its staff can calculate this number is down to a multi-year programme of IT and logistics that has given Britain’s oldest university one of its most modern libraries.

Filling the BSF was a huge task. All of the items in the New Bodleian were “decanted”, in many cases barcoded for the first time, with all but the most valuable items sent to Swindon. Where necessary, card catalogues were digitised. The BSF slowly filled, as the New Bodleian was hollowed out and rebuilt as the Weston. Starting last autumn, the Weston was gradually refilled – or “recanted” – though with fewer books than before.