Hey, Tegile and Tintri. Are you ready for this? 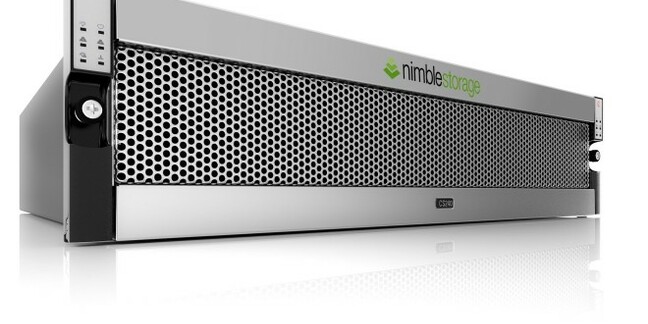 Comment Hybrid array supplier Nimble is going to introduce an all-flash array, joining other hybrid vendors in riding two horses at once, against a background of coming intense supplier consolidation in the storage industry.

Analyst Jason Ader was at a William Blair-hosted investor meeting with Nimble management this week and heard about Nimble’s business situation and plans.

He writes that “Nimble management stresses that under the surface, there is a multi-year share shift occurring in which flash-optimised storage systems are displacing legacy disk-centric systems, in effect creating two distinct markets for storage.”

“The $20bn storage area network, or SAN, systems market (which Nimble addresses) used to be a healthy growth market with reliable revenue growth in the mid single digits for many years driven by growth in data consumption," adds Ader.

"Over the last 18 months, growth in this space has dried up, driven by three major disruptions; cloud, flash, and converged/hyper-converged systems," he said.

Because of these disruptive architectural storage market changes “we have seen more storage-focused startups get funded in the last five years versus the previous 15 years".

However “we believe only seven or eight of these private companies are producing $10m or more in quarterly revenue, and our industry discussions suggest that the pace at which new storage companies are being created has slowed dramatically (likely a reflection of saturation)".

Given the depth of the challenge for the incumbent vendors (who realistically have no choice but to acquire their way out of the problem), juxtaposed with the glut of private players, many of which will likely be looking for an exit, we expect to see a period of intense consolidation in the storage industry over the next couple of years.

Nimble is taking business from mainstream array vendors, it says, because of its better price/performance, more efficient replication and data protection, much better support model through deep array instrumentation and data analytics, and channel-friendly margin close to 20 per cent.

This is “about 15 percentage points higher than what a VAR might make on reselling EMC or NetApp products".

The company thinks an all-flash array will complement its hybrid array product line, and

Nimble expects to introduce its first AFA in the near future, and expects the AFA market to grow rapidly alongside the hybrid flash market.

Ader puts this into a context: “Originally, Nimble’s platform had a fixed flash-to-disk ratio, which five quarters ago evolved into its 'Adaptive Flash' system, in which the disk-to-flash ratio became fully variable. Just two months ago, the company introduced service levels, which means that specific applications can be partitioned and assigned all-flash service levels."

Next page: The scaling challenge
Page:
Tips and corrections
19 Comments