Ad-blocking super-weapon axed by maker for being TOO effective 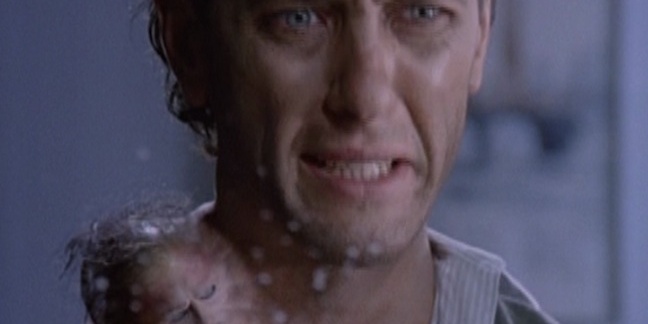 The developer behind the wildly popular Peace ad blocker for Apple's iOS has pulled it from the App Store after claiming it was too effective.

Indie dev Marco Arment said in a blog post that his creation had been blocking more ads than he had anticipated, to the point where he worried he was harming publishers.

"Achieving this much success with Peace just doesn't feel good, which I didn't anticipate, but probably should have," wrote Arment.

"Ad blockers come with an important asterisk: while they do benefit a ton of people in major ways, they also hurt some, including many who don't deserve the hit."

The developer went on to explain that Peace used an "all or nothing" approach in which all ads were blocked. This, he said, resulted in the $2.99 app blocking not only intrusive ads, but also other ad copy that he did not intend to have removed.

Instead of running the heavy-handed Peace, Arment is taking the rare step of recommending that users ditch his app and instead use one of his competitors' offerings, which he believes offer a "more nuanced" approach to block intrusive ads without cutting publishers off from their revenue streams.

Those who already purchased and installed Peace will still be able to run the app, though no further updates will be issued.

Arment himself is no stranger to the publishing world. Among his listed accomplishments is the creation of Instapaper, and co-founding tumblr with stints as lead developer and CTO. He also co-founded a magazine known simply as The Magazine.

The use of ad blockers remains a hotly-contested topic amongst publishers, developers, and readers. While many want a way to block out some of the more intrusive, unstable, and at times malicious ads that run on many sites, publishers (including El Reg) rely on ad revenues to operate, and ad blockers can prevent sites from collecting money from clicks and page views.

The debate was stirred even further this week with the release of iOS 9, which makes installing and running ad blocking extensions on Safari easier. This led to an inflow of new ad blockers, including Peace, on the iOS App Store.

At least one person, however, wants out of the debate.

"Ad-blocking is a kind of war – a first-world, low-stakes, both-sides-are-fortunate-to-have-this-kind-of-problem war, but a war nonetheless, with damage hitting both sides," Arment wrote.

"Even though I'm 'winning,' I've enjoyed none of it. That's why I'm withdrawing from the market."

According to mobile app tracking biz Apptopia, the 36-hour run for Peace netted around $113,521 in sales revenue. ®