You want lonely? You want remote? Here it is

Pics NASA boffins have released a new batch of pictures beamed back from the New Horizons probe, barrelling into the emptiness of the far outer solar system.

The pics were actually taken some time ago as the probecraft zoomed past icy dwarfworld Pluto. But the linkup between Earth and New Horizons isn't exactly the fattest of pipes, and it has taken this long for the snaps to be sent and processed.

The images, with backlighting from the Sun, show detailed views of a "crescent" Pluto, as well as several shots of its icy mountains and a close-up of hazy clouds floating over the planet's surface. 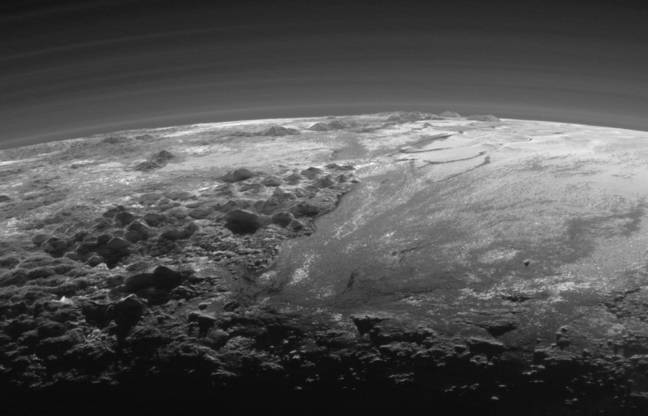 NASA said that the images will be of major scientific importance, as they provide astronomers with a close-up look at how Pluto's atmosphere operates. In this case, the icy former planet was found to have low-lying clouds and weather patterns in an atmosphere composed mostly of nitrogen. 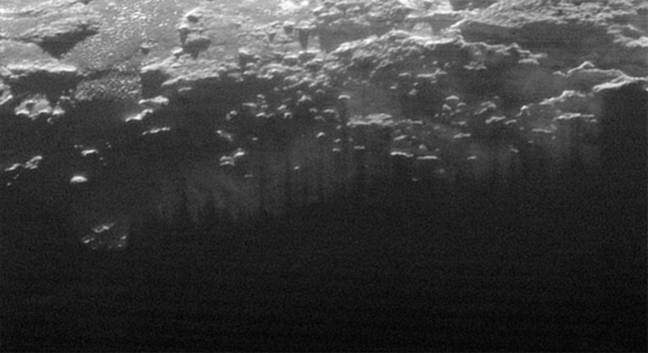 The pass also included a close-up of Sputnik Planum, a huge ice-flow moving across a plain on the surface of Pluto. 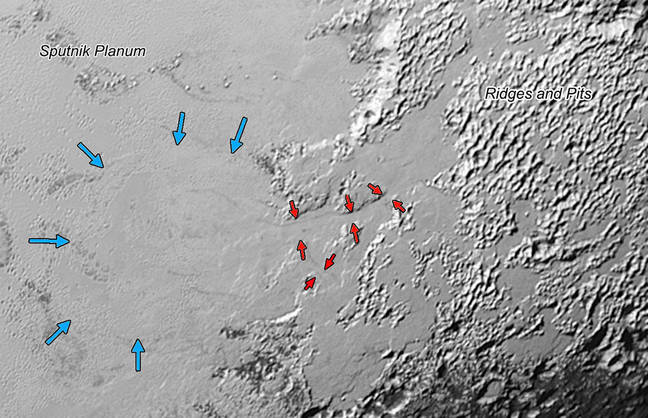 A close-up shot of the ice flows
click to enlarge

"In addition to being visually stunning, these low-lying hazes hint at the weather changing from day to day on Pluto, just like it does here on Earth," said New Horizons surface composition team head Will Grundy.

The images are the latest collection of valuable shots taken from what has become an extremely successful New Horizons mission. Launched in 2006, the probe made its approach to Pluto and its moons earlier this summer. The result was the first-ever high-resolution images of the one-time planet and now 'dwarf' body (thanks Neil Degrasse-Tyson).

After its examination of Pluto, New Horizons is slated to fly into the Kuiper Belt to study other objects in the far orbit of the Sun. ®