The doors of a billionaire 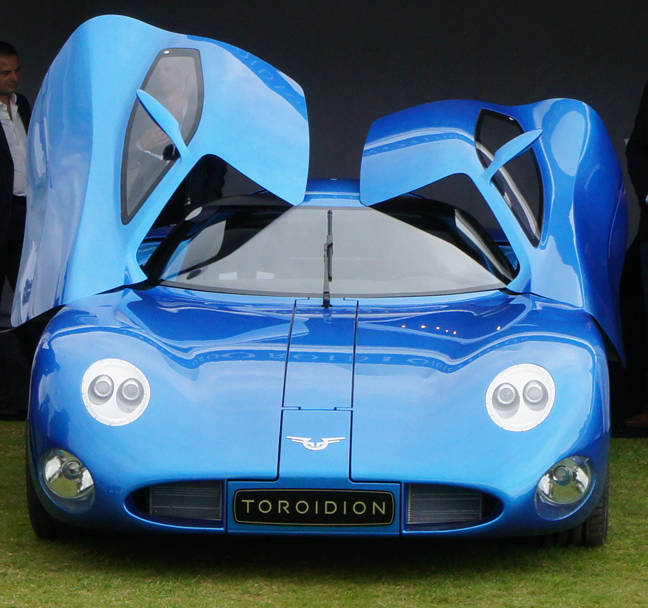 Doors which do that are important on a two-comma car

The Finnish Toroidion 1MW is similar, but different. As a two-comma car – Euros this time – it has doors that hinge up. All really expensive cars should have doors that do that. It's also novel in that the battery is replaceable. A hatch at the front opens and the long battery slides in and out – not that Toroidion was prepared to demonstrate this at Salon Privé. Toroidion doesn’t claim it’s hot-swap, saying: “The high performance battery of the Toroidion powertrain is as easily replaced in the pit-lane as in the home garage.” So you’ll have to get your tools out.

The specs are similarly impressive. The company doesn’t give, even when you ask, a 0-62.5 time, but 0-200km/h is quoted as 4.9 seconds, with 0-400 (236mph) at 11 seconds. There are motors for each wheel, 200kW each at the front and 300kW at the back, to give the quoted 1mW (1,341hp). The motors give 4,500Nm of torque each at the front and an incredible 7,500Nm at the back. The total figure of 17,701 ft/lb is more than extreme. To put this in context, that's sixteen times as much torque as a Bugatti Veryon, and nearly one hundred times as much as the legendary Porsche 911 2.7RS. One might wonder how the tyres will hold up, then reflect on what Nokia did before it made phones – Toroidion is working with Nokian Tyres for the car. 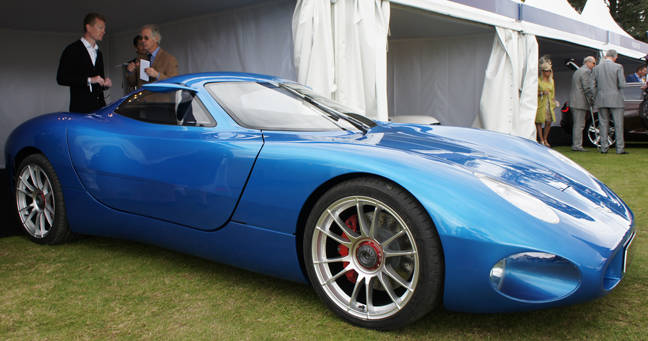 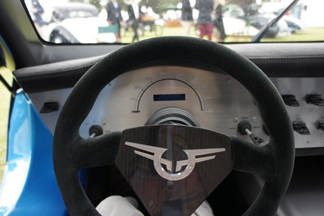 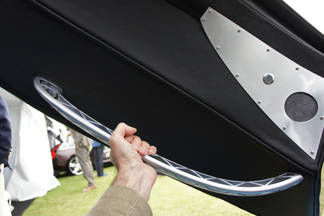 This is the way billionaire doors are supposed to go

But you have to be prepared for a change in mindset when you sit in it. Behind the GT40-style doors (the car is 46 inches high), is an interior which feels very GT40 for the electric age. There are no screens. The toggle switches are 3D-printed but look retro and the dash is milled aluminium. Schoolboys peering through the sides will note that the speedo reads up to 450km/h (280mph) and that’s what the company claims for it. The detailing is very special, with teardrop wing mirrors and a cleverly shaped bar which lets you reach and close the door.

Toroidion is based in Raasepori, about an hour (in a normal car) from Salo or Espoo, the sites where Nokia has seen the most savage staff cuts. The car company has ambitions to be a national saviour: “The New Nokia”. It might have to be a bit more affordable if the company is to achieve that, but there is a well-trodden route of trickle-down technology: laser printers used to be £10,000 and now they are given away free with toner.

Salon Privé of course isn’t just about electric cars, it’s about supercars and hypercars. Aston Martin had its track-only Vulcan and Ferrari brought its billionaire plaything, the FXX-K – the first non-F1 Ferrari to produce more than 1,000bhp and the most powerful car Maranello has ever offered to customers. 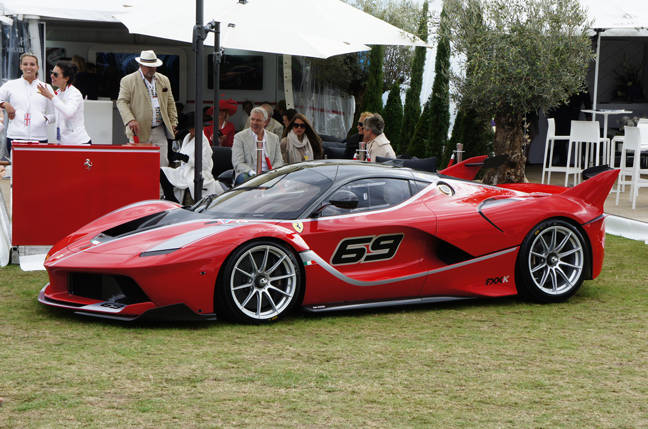 Ferrari FXX-K: The most powerful car Maranello has ever offered to customers and then not let them take home

Power is delivered via a V12 engine producing 860bhp and an electric motor which produces 190bhp. This combination provides torque in excess of 900Nm, which sounded impressive before the Toroidion. Both the Aston Martin and the FXX-K will come with a dynamic test programme where the owner gets factory support at specially laid-on track days, but while Ferrari owners have to leave the car in the manufacturers custody, Aston Martin allows them to have it in their own garage. 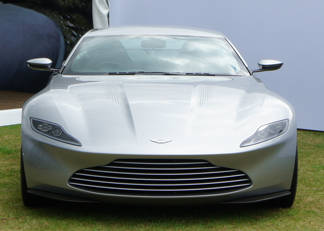 Aston Martin DB10: You can't take this one home, either

Aston Martin also displayed a DB10. This is the car which was built for the new James Bond film Spectre. It won’t appear in showrooms, but gives a design direction for the new DB11. We were told that they built 10 cars for the film and got three back.

The well heeled who attend Salon Privé are courted at the event with fine art, jewellery and fashion – there was a prize for the best hat – boats and insurance services, but it's really about the cars. It's good to know that the richest people in the world want to buy the greenest cars, but one has to suspect it has more to do with the torque of the devil than with saving the planet. ®