My parents don't know I'm in SEO. They think I play piano in a brothel

Google manipulation dreams of being as respectable as ads 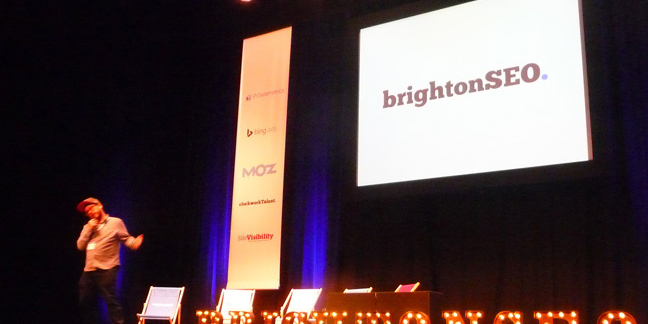 Comment Search Engine Optimisation is desperately seeking respectability, with “creativity” being the main buzzword at the industry’s big get-together – with the dark arts of “black hat” SEO scarcely being mentioned.

More than 1,700 search engine optimisers and digital marketers gathered last Friday (18 September) in the UK seaside town of Brighton, where the SEO industry displayed a brash confidence in its future.

There was an almost-tangible swagger about Brighton SEO, in everything from an SEO “clinic” where a consultant told one shell-shocked punter he should scrap his website and start again, to the closing keynote speaker – veteran adman Dave Trott – who entertained his audience with homespun wisdom and sweary yarns from the advertising world.

“The tickets sold out in four minutes,” said Brighton SEO’s founder Kelvin Newman. “It’s a far cry from when we started five years ago, in the top room of Brighton pub in Brighton with 30 people and space to spare.”

Newman believes SEO has gone mainstream. “It used to be a discipline but now it’s a skillset,” he said. “A lot of people don’t only do SEO. They’re doing many other things as well.”

However, the generic approach did not please everyone. Sussex SEO founder Mark Sharron said: “Last year one session completely blew my mind. There was nothing like that this year. The level of a lot of talks was aimed at the beginner and intermediate SEO level. It all felt a bit lacklustre. There was nothing challenging that pushed the envelope.” 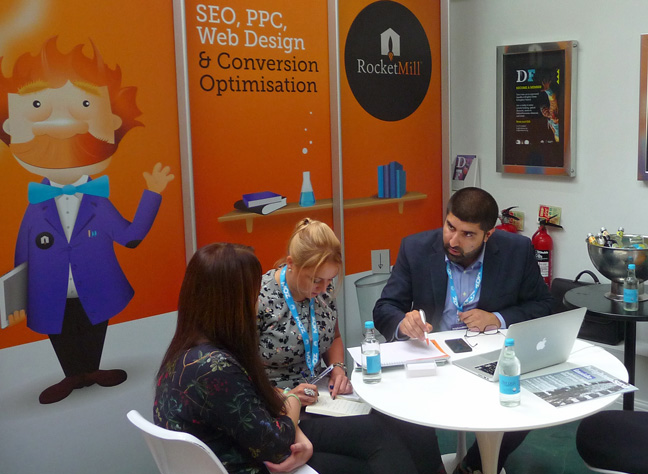 'I'm sorry, but we're going to have to put your website out of its misery'

The day before the main conference, a “media roundtable” took place in the venue. Representatives from the BBC, Trinity Mirror and Cambridge University Press discussed Google’s mobile update this year, the need to educate web developers in SEO and the challenges in getting sceptical journalists to optimise their copy.

Roundtable chairman Jackson Rawlings, of SiteVisibility, said: “We are always dealing with web developers who do something wrong. I watch what they do like a hawk. It’s easy for them to ignore something crucial to [search engine] rankings.”

He added many businesses still do not bother to optimise their websites. “A lot of companies dismiss it – and that’s a problem,” he said. “People still see SEO in a negative light.”

Indeed, there are also still a surprising number of businesses – often SMEs – who still don’t know what SEO is and why their website needs it.

In the SEO-savvy world, four years ago Google launched the “Panda update” to its algorithm to combat the activities of link farms, often in the third world, that sold links in vast quantities to businesses to “game” websites into achieving high rankings.

At Brighton SEO, such “black hat” activity was distinctly frowned upon. Yauhen Khutarniuk from Belarus, who led a session on “running SEO on a shoestring budget”, was gently chastised by his moderator after he appeared to advocate building backlinks to your website from business directories. “It is a brave man who suggests that in 2015,” he was told, to murmurs of acknowledgement from the audience.

Here was an industry desperate to achieve respectability with a big-picture take on how to grow search engine rankings of websites.

Shelli Walsh talked about thinking processes in her session, titled “how to have ideas for creative content”, saying: “To be creative you have to broaden your perception and look at things in a different way.”

Cathal Berragan, who was celebrating his 20th birthday at the conference, explained how he had gone viral on social media with half a million Twitter followers, while Pippa Moyle spoke about hooking your content into the 24-hour news agenda.

But with other conference-goers disclosing the eye-watering amounts their companies spend on Google pay-per-click Adwords and a delegation from the Belgravia-based Institute of Practitioners in Advertising (IPA) signing up new recruits, the future of Search Engine Optimisation is looking like it might be as a branch of the advertising industry. ®

Mr Mark Sharron, quoted above, contacted the Register following publication of this article and supplied us with this statement intended to clarify his position:

BrightonSEO has gained so much momentum over the years that the Brighton Dome felt overcrowded and some of the more popular lectures were oversubscribed. Perhaps it's time the organisers consider upgrading to a larger venue.

Last year I felt each presentation pushed the envelope. One in particular by "Kirsty Hulse" inadvertently provided me with a moment of enlightenment due to a simple throw away comment that changed my entire understanding of organic search. This year the lectures I attended felt as though they were pitched towards beginner/intermediate SEO's and nothing truly challenged myself or my colleagues. Whilst this certainly made it more accessible, overall I did not feel the conference maintained the same buzz.

Glad to have cleared that up.