5. “TSUBAME 2.5” at the Tokyo Institute of Technology 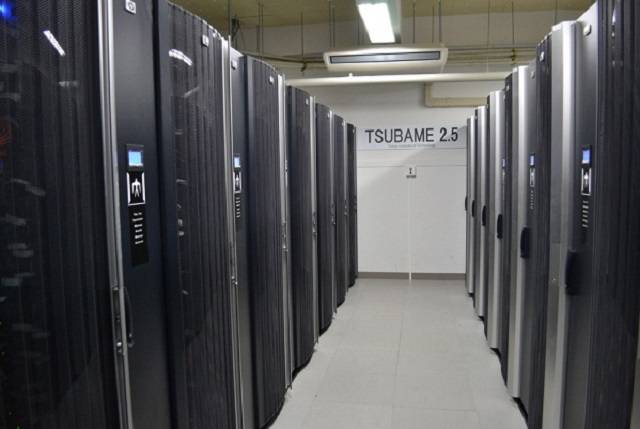 Noted for its unique architecture and cooling approach, the TSUBAME 2.5 supercomputer, which was built by NEC and HP, leverages NVIDIA K20 accelerators to push it to the #22 ranking on the Top 500, with a theoretical peak performance of 2.7 petaflops. The remarkable floating point performance is important, but what has made this a famous supercomputer is the extraordinary performance per watt. The TSUBAME 2.5 system and its predecessor have been in the top five on the Green 500 rankings, which evaluates performance in terms of power efficiency as well as floating point capability.

"The most important way to save electric power is to use a lot of multi-core processors. With these processors, the TSUBAME 2.0 uses only one fifth the power it would have used with CPUs, and the TSUBAME 2.5 achieves more than three times the energy savings,” according to Dr. Satoshi Matsuoka, who led the TSUBAME efforts at GSIC in Japan, where the machine is based.

6. Tianhe-1A at the National Supercomputing Center in Tianjin, China 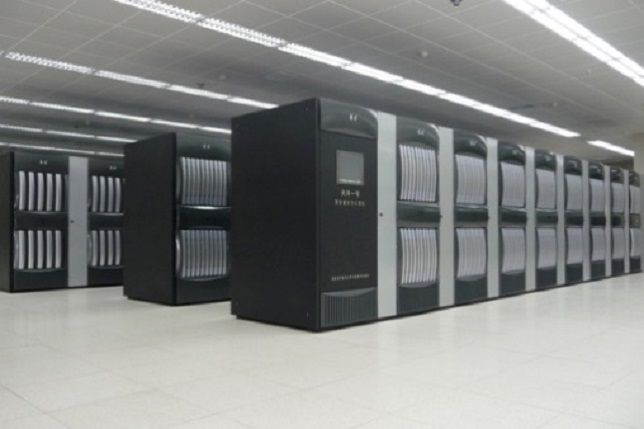 When the Tianhe-1A supercomputer emerged in 2010, it was far and away the fastest supercomputer on the planet, with an unprecedented number of cores, both in terms of CPU and NVIDIA accelerators.

Following a recent upgrade, the system is now outfitted with 7,168 NVIDIA Tesla M2050 GPUs coupled with Xeon and SPARC processors. According to center officials, it would have taken 50,000 CPUs and twice as much floor space to deliver the same performance using CPUs alone. In addition to its floating point performance, the Tianhe-1A machine has continued to deliver excellent performance per watt, consuming 4.04 megawatts.

This Russian supercomputer, built by local vendor, T-Platforms, marks one of the most impressive HPC systems in Russia as well as a top-ranked showcase of how GPUs can speed applications and add to overall energy efficiency.

The Lomonosov 2 supercomputer, which is ranked at #31 on the list, pairs NVIDIA K40 accelerators with Xeon E5-series processors for a total theoretical performance of just over 2 petaflops.

Next page: 8. Nebulae at the National Supercomputing Centre in Shenzhen
Page:
Corrections Send us news
12 Comments