It provides file, block, object and – via a plug-in – Hadoop storage. Springpath was founded in 2012, the year SimpliVity introduced its OmniCube product.

In case number 4:15-cv-13345-TSH in the Massachusetts district court, SimpliVity alleges Springpath is infringing US Patent No 8,748,799 (“the ’799 patent”) entitled “Namespace File System Accessing an Object Store”, which "was duly and legally issued to SimpliVity on July 2 2013". 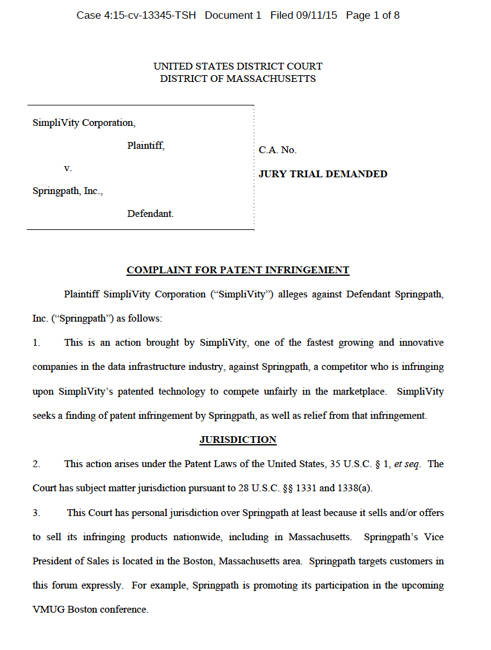 SimpliVity claims that "Springpath has deliberately investigated SimpliVity products and has developed products that closely match functionality developed by SimpliVity".

It wants a jury trial, damages for the infringement and prevention of any further infringement.

We have asked both companies for comment and will tell you more when we know more. ®