Interesting images have reached us of the ritual surrounding the dispensing of Apple's new iPhone 6S to the faithful of Scotland.

The pictures – sent to us by long-time Reg Scottish Apple queue correspondent Joseph Heenan – clearly show the rigid orthodoxy which has recently been enforced around such events.

Far from the vast, carefree crowds of zealots which accompanied earlier releases, the implementation of timed slots to collect pre-bought devices meant that an orderly succession of believers could safely and rapidly be processed to collect their shiny blessing.

According to our man on the ground, the staff “seem to be getting people in & out at a good rate, so I guess they have a decent amount of stock.” Either that, or Apple launches aren’t the big box office that they used to be. 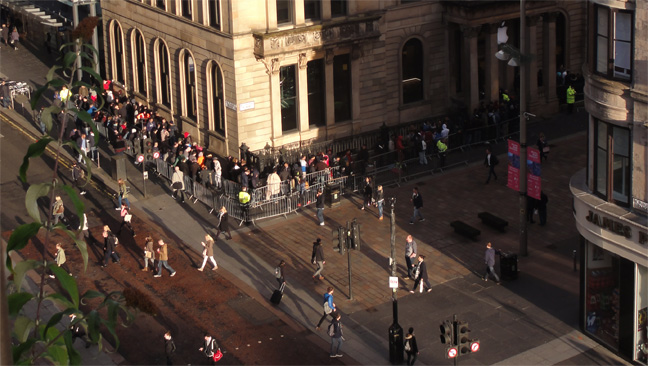 Heenan commented that the faithful were “keeping the cheering up for a lot longer than last year (it's 09:30 now and they're *still* at it)”. Whether this was spontaneous cheering from the acolytes themselves or the sort of enforced gaiety seen at North Korean mass games was also not clear. 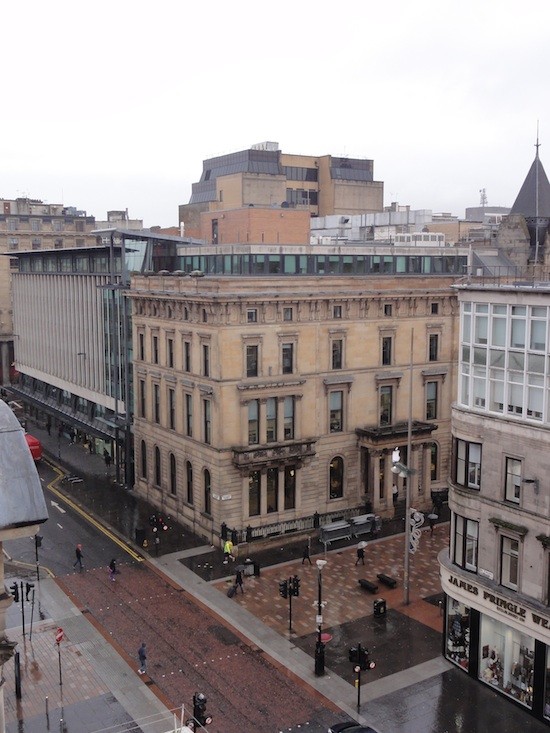 Queues for iPhone 6S much greater than for the iPad Mini, although that may have been the rain. Image: Joseph Heenan

Whatever the particular organisational details of the ceremony, however, it got a definite thumbs-up from our man north of the wall. As he told us:

Whole process was very well organised though, particularly the reservations system – they clearly had custom software on their iPads to deal with the reservations – I had a 09:00-09:15 reservation, arrived at the store at 08:59 and was out with my iPhone by 09:07!

Praise be to that. ®

Many thanks to Reg reader Joseph Heenan for the pics and observations.