Welcome to internet technical support. Please give us your computer

KickAss Torrents gained the top spot among movie, TV, and software pirates after the temporary scuppering of the Pirate Bay, which spawned multiple mirrors and dispersed visitors.

Popup ads on the torrent site at the time of writing are throwing mimicked blue screen of death pages that warn would-be pirates that their credit cards, passwords, and photos could be compromised due to unspecified security threats.

An operator with an accent from the sub continent answered claiming to be from 'technical support'. 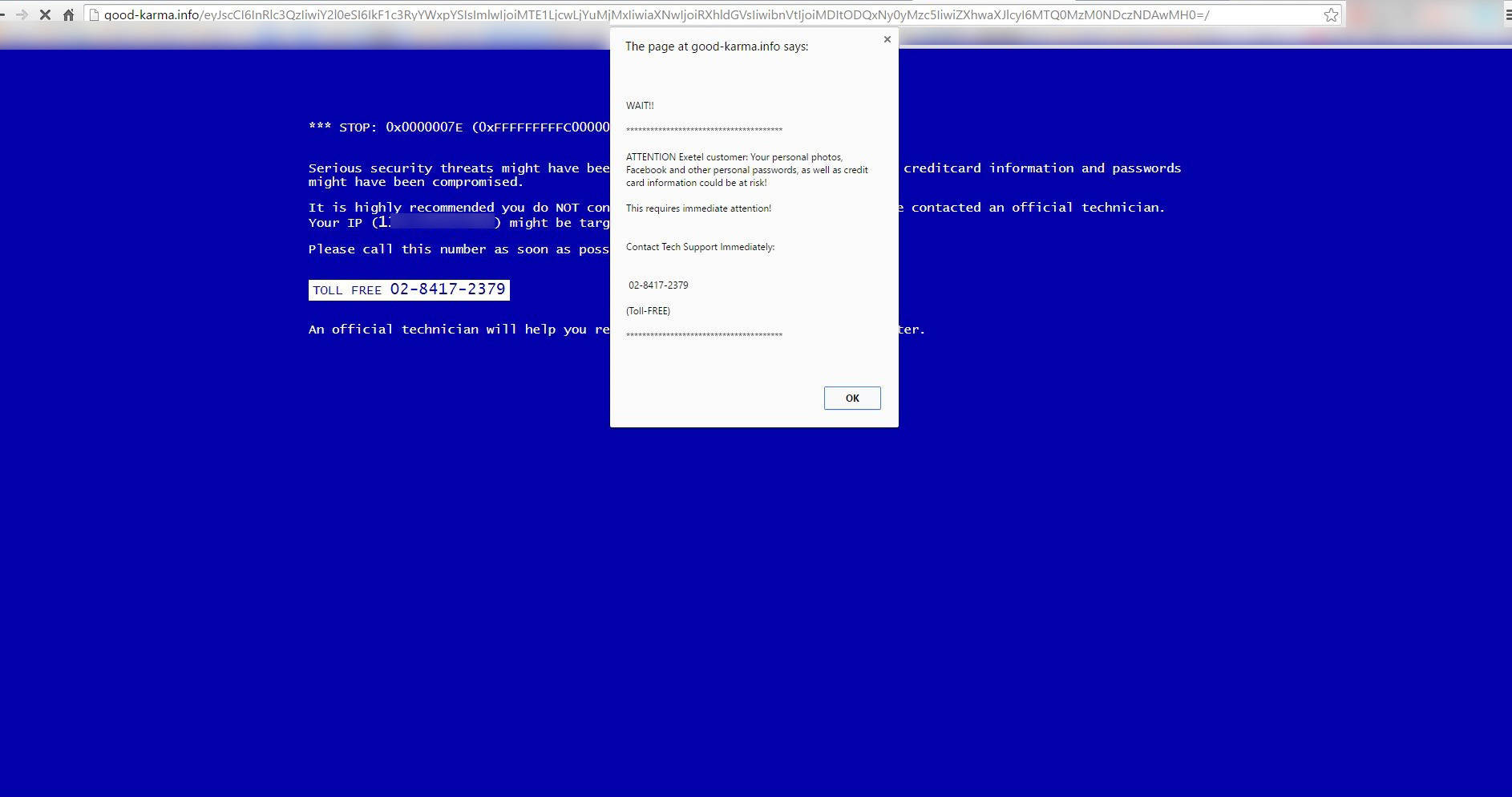 The operator then tried to convince this reporter into downloading and running the Supremo remote desktop protocol client and providing him access.

These scammers will typically fire up the command interface and run a benign command claiming that the returned data is evidence of infection.

The operator told this reporter he was a member of a technical support team for an internet security company.

He hung up after this reporter told him the gig was up and offered money in order to provide information on his company.

The malicious ad is tied to the Who-IS-protected domain good-karma.info, registered in Panama and home to a variety of scam giveaways. ®