A safe distance from the Piers Gaveston dining society

The recent news that a pop vid director had sent a vintage Sony telly up to the stratosphere prompted us to note that just about everything bar the kitchen sink has been dispatched heavenwards under a meteorological balloon.

One omission from the list of airborne oddities was a pig, surprising given the headline-friendly nature of such an enterprise.

Well, we can thank South Kesteven Amateur Radio Society's Andrew Garratt (callsign M0NRD) for plugging the gap (not a David Cameron reference, we assure you) with a porcine mission on Saturday as part of the UK's National Hamfest. 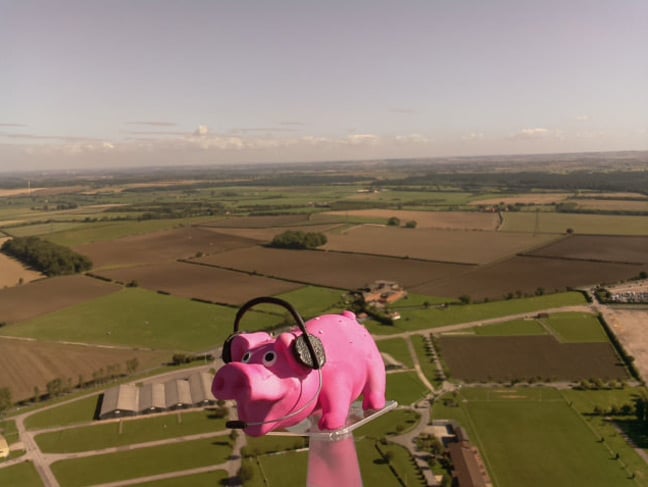 Launching from Newark, Nottinghamshire, Pinky Pig hit 25,927m before parachuting back to Earth in a field of wheat stubble near Grantham. 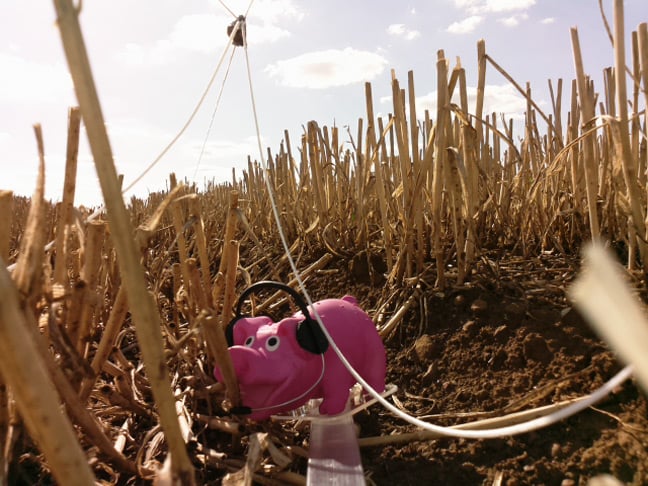 This being a HAM enterprise, the payload was well equipped with two trackers transmitting position via RTTY and a live SSDV (Slow Scan Digital Video) feed. 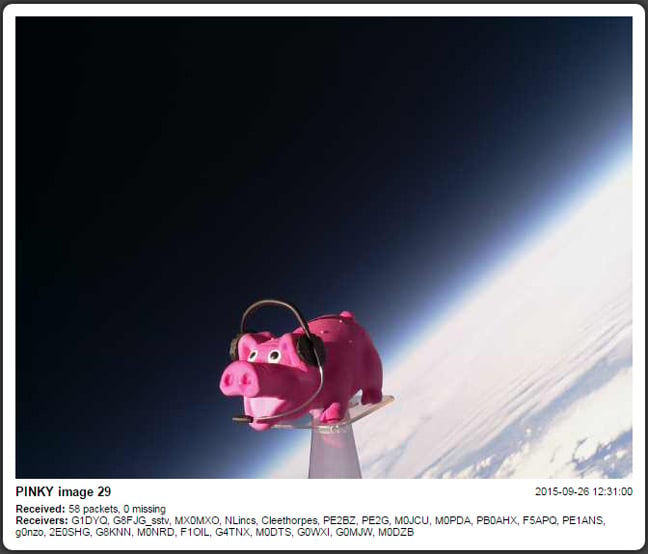 There are details on Pinky Pig's flight here. Andrew said of the high-altitude trotters adventure: "South Kesteven ARS was asked by the organisers of the National Hamfest to do a flight to demonstrate the use of low-power radio trackers and the UK High Altitude Society distributed receiver system.

"In June this year we we sent an 'Egg in to space' for the 10th World Egg Throwing Championships which had caused many jokes about 'Hams and Eggs' so we decided to send a 'Ham into space'."

June's Eggsplorer-1 mission ended dramatically in the North Sea off Skegness, but remarkably, the playload was later recovered on a beach on the island of Terschelling in the Netherlands. ®

All images © Andrew Garratt and we thank him for permission to reproduce them here.