Spirit of Steve Fosset lives on as glider is poised to soar to 90,000ft

Flying high in the wave-riding Perlan 2

With pilots Jim Payne and Morgan Sandercock of The Perlan Project at the controls, the aircraft lifted off from Redmond Municipal Airport in Oregon, in what sponsor Airbus described as "a historic moment". 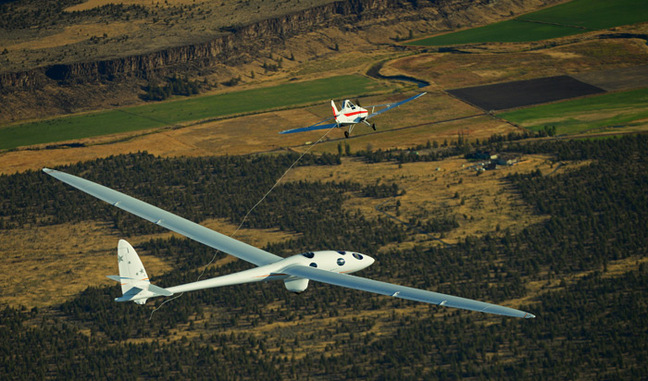 The Perlan 2 releases from the tow aircraft on its maiden flight. Pic: Airbus

Next year, the Perlan 2 will fly the skies over Argentina, riding "stratospheric mountain waves" in pursuit of its lofty target. 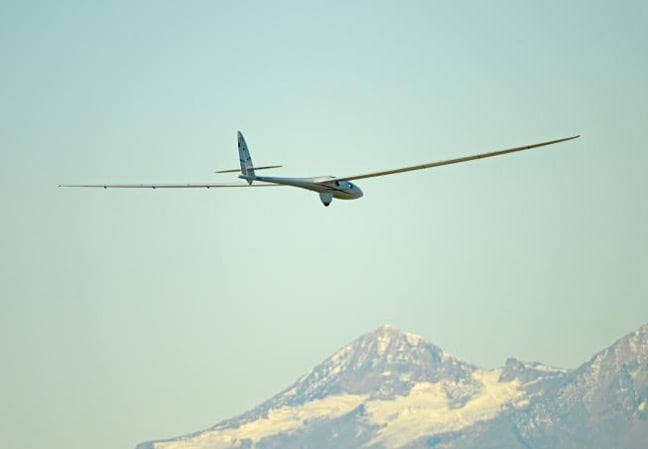 These were first postulated by Perlan founder and NASA test pilot Einar Enevoldson back in the 1990s. The project explains: "Like huge ocean waves, these waves of air are kicked off by strong winds blowing over the tops of high mountain ranges like the Andes. These waves of air then shoot straight up towards space.

"As a pilot, Einar quickly figured out that you can use a glider to ride those waves all the way up to near space. And he set out to prove it. This became The Perlan Project."

In the process, their pressure suits expanded to such a degree they were unable to control the Perlan 1 properly, and they decided that for future high-altitude attempts a custom aircraft with a pressurised cabin would be required.

Fossett again agreed to fund and fly the Perlan 2, but the entire project stalled when the aviator was killed in an aircraft crash in Nevada in 2007.

In 2014, however, the Perlan Project inked a sponsorship deal with Airbus. The company's CEO Tom Enders said of the collaboration: "Airbus Perlan Mission II is a historic endeavour in the truest spirit of aviation’s earliest pioneers."

"The knowledge gained from this project will impact how the world understands and addresses climate change. But it will also help Airbus continue to innovate ways to fly higher, faster and cleaner, on Earth and possibly beyond." 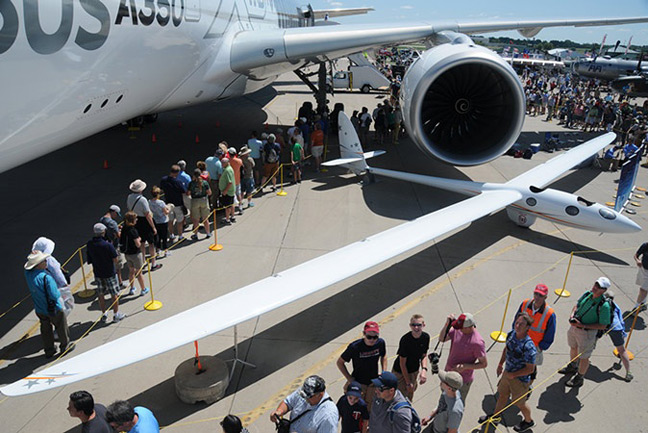 Spot the sponsor's aircraft: Perlan 2 at Oshkosh this year. Pic: The Perlan Project

Despite the backing from Airbus, the Perlan Project is very much a voluntary affair, comprising "scientists, educators, engineers, administrators, designers and pilots who have been working together for years". ®

Who cares about a Soyuz launch or a Vega delay when there's space gin to be had?