Analytics are better with shared storage and not scale-out, says IBM

Conveniently, we happen to have this shared storage thing lying about. How about that?

It is described as a technical-computing architecture that supports running Big Data-related workloads more easily and with higher performance.

IBM proposes using a shared storage model as an alternative to scale-out architectures that associate the cluster storage with the data nodes. We're told it allows storage and compute resources to scale completely independently.

The model uses Big Blue's Elastic Storage Server (ESS), an integrated storage system, including servers, storage enclosures, disks and Spectrum Scale software. In IBM marketing language its "Data Engine for Analytics provides a platform in which data from traditional systems of record can coincide with new forms of unstructured data from systems of engagement". The Data Engine for Analytics (DAE) is a system of insight.

[With] Spectrum Scale Native RAID, the cluster data is managed using higher-level erasure codes to protect against multiple disk failures while offering significant disk savings over the 3x replication found in typical HDFS installations. ESS stores data using declustered RAID6 with support for either 2-fault or 3-fault disk fault tolerance... ESS distributes the data and parity information evenly across all disks in the system [which] allows for storage rebuilds triggered by a disk failure to complete faster than traditional RAID rebuilds by distributing the work across many disks rather than just a few. 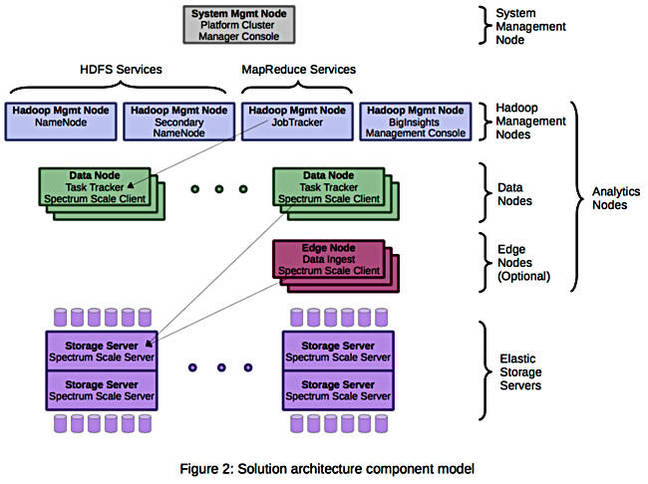 The full system is assembled and installed at an IBM delivery centre prior to delivery with all included software preloaded, somewhat similar to EMC's VCE converged system operation. On-site services staff integrate it into the customer data centre. 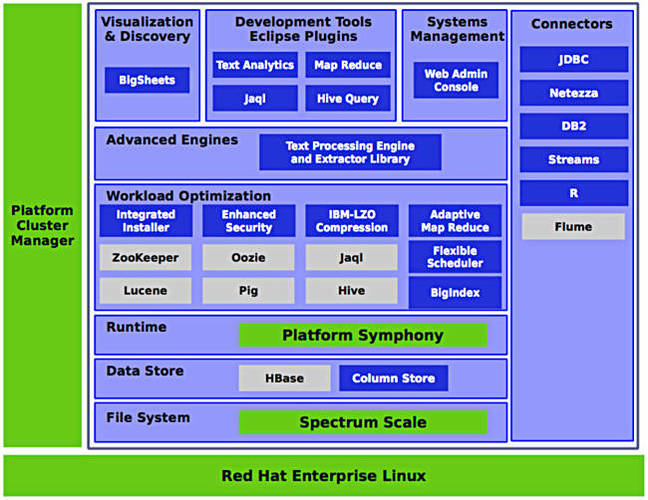 The IBM Data Engine for Analytics – Power Systems Edition is described in this 45-page System Reference Guide and there is a load of detail in it. The first application pattern supported by this sarchitecture is MapReduce, with additional workflows due to be added in the future. ®