Micron: Those dratted PCs, dragging down our revenues

And SSD market has become a bit of a 'bloodbath'

CEO Mark Durkan laid the blame for the relatively poor results mostly in one place but said things should look up: "While fourth quarter results were impacted by continued weakness in the PC sector, we believe that memory industry fundamentals remain favourable over the long term." 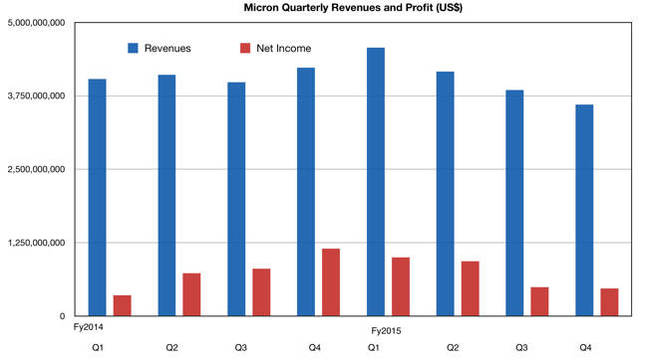 Stifel MD Aaron Rakers notes: "Micron continues to emphasize confidence in its technology transitions [wth] 20nm DRAM and 3D NAND conversations trending ahead of schedule. 3D NAND is on track to be [the] majority of Micron’s production output exiting calendar 2016." 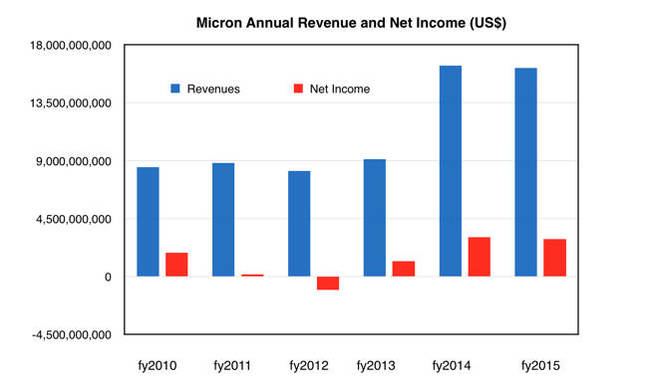 In an analysts' call, Rakers said: "Micron also highlighted its expectation of launching commercial shipments of the new 3D XPoint technology in mid-2016."

He added that "Micron noted that it has pulled out a bit from the low-end/client-focused SSD market as it has become a bit of a 'bloodbath' from a pricing perspective."

So flash demand is stable, PC demand should grow and Xpoint could/should start revenue-generation in the second half of calendar 2016. Sounds like it's going to be modest to good revenue growth in fiscal 2016, with things really looking up in fy 2017, if XPoint takes off and PCs don't dive again. ®