It appears Avast users would need to follow a link generated by attackers and possibly ignore any code execution warnings in order to be p0wned.

"If you're gonna MITM Chrome's SSL at least get an intern to skim your X.509 parsing before shipping it," Ormandy says.

The hacker noted the vendor's seven day patch turn around time but chided one Avast security bod, saying in a tweet that the vendor is lucky attackers have not built worms targeting its products.

@Jindroush You say "layered defense", I say "attack surface". It's a miracle you haven't been wormed, sandbox your code urgently.

Avast has not yet updated its site detailing the patch release notes. ® 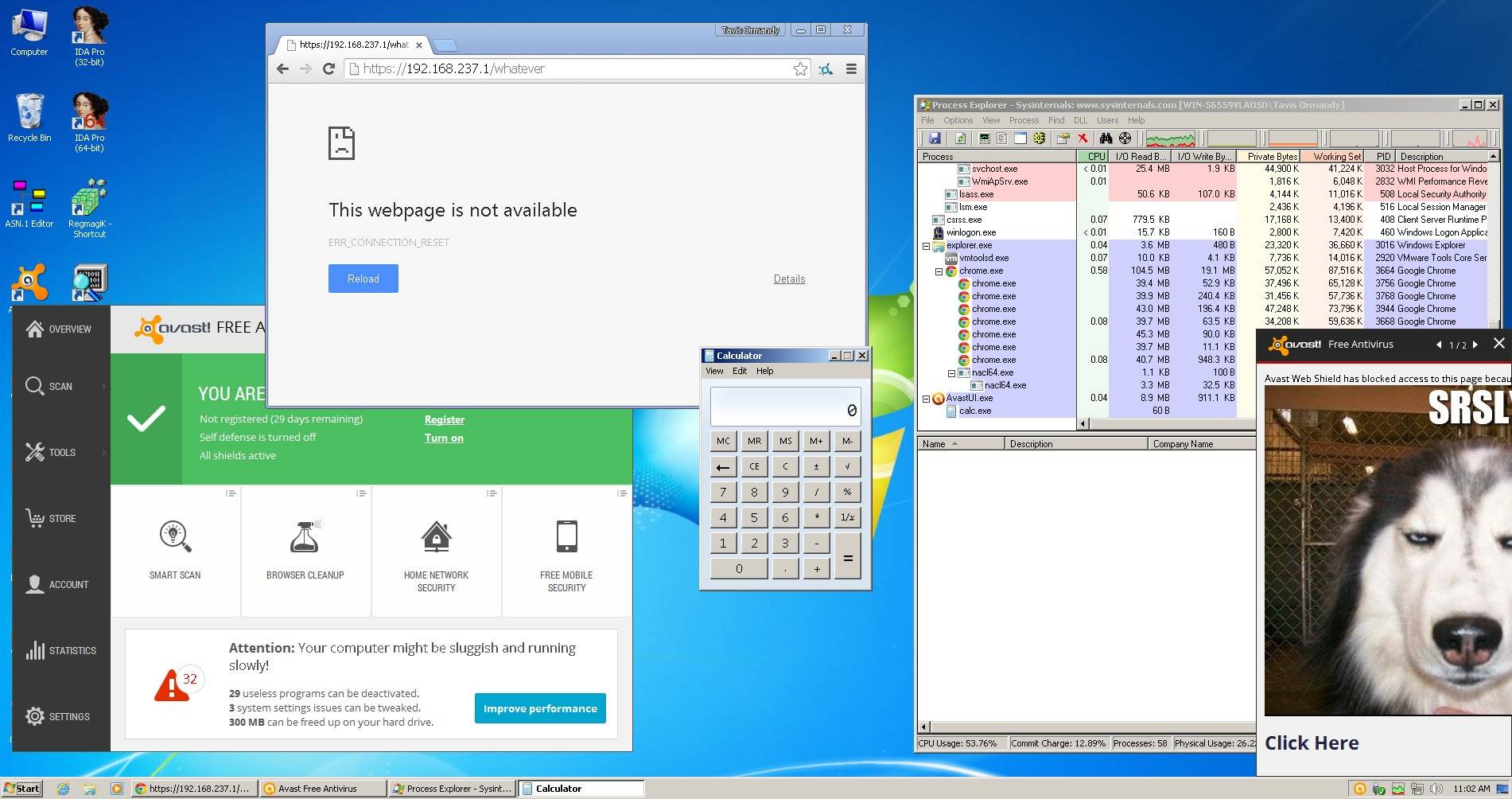