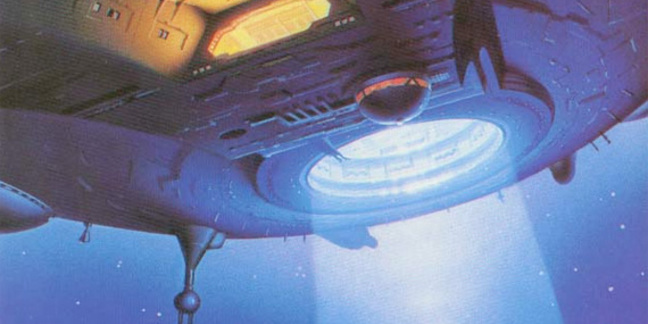 The European Space Agency set eyes a-bulge on Tuesday when it distributed an email with the subject line: "Aliens observed".

Unfortunately, as the release explained, the subject was a little bit of piffle:

"French artist Invader is installing his iconic art at ESA establishments all over Europe and even on the International Space Station."

Apparently, the first space invader mosaic was "found" by Samantha Cristoforetti during her Futura mission on the International Space Station.

"Space2" as the piece was titled was subsequently installed in Europe's Columbus space laboratory, which was attached to the ISS in 2008.

The mosaics, part of the space agency's promotional campaign, are attributed to Invader. It stated:

"Mission control thinks Invader will organise more invasions and activate aliens at other ESA sites throughout the year." ®

After years of listening, we've heard not a single peep out of any aliens, say boffins. You think you can do better? OK, here's 1PB of signals

I'm doing this to stop humans ripping off brilliant ideas by computers and aliens, says guy unsuccessfully filing patents 'invented' by his AI

Bloke tells all to El Reg after US, Euro officials say only 'natural' people can be patent inventors

Has science gone too far? Now boffins dream of shining gigantic laser pointer into space to get aliens' attention

Beam would light up planets, lead furious ETs back to Earth

While kicking folks out of 'Murica, Raphael A. Sanchez committed fraud in their names

For all we know, aliens could be as careless with space junk as us