Prototype has 24 cores, in the hands of techies to test drive

Qualcomm, the maker of processors for Nexus smartphones and other mobes and tablets, has revealed early specifications for its upcoming server chips.

The California company is best known for designing the brains in handheld devices, networking kit, and other embedded gear.

Now, in the past few minutes, it's unveiled a pre-production 24-core 64-bit ARMv8 processor for servers in data centers. The system-on-chip is manufactured using FinFET gates, although Qualcomm wouldn't reveal the process size – nor a timeline of when we'll see these things on the market. We reckon these puppies will be available in volume in about a year.

The Qualcomm ARMv8 server-class chip ... with and without its lid

The final production processors will have more cores. Today's silicon will be shipped to Qualcomm's customers to evaluate and port their software to. In short, if you're pals with the biz, you can get your hands on it. Qualcomm expects to spend years working on this technology, and thinks it can turn its expertise in mobile to enterprise IT.

Qualcomm showed off a prototype server powered by the new chip, running GNU/Linux and OpenStack with guests running on the KVM hypervisor. The box was shown running a web server, video streaming, and the usual stuff you do on a Linux machine. 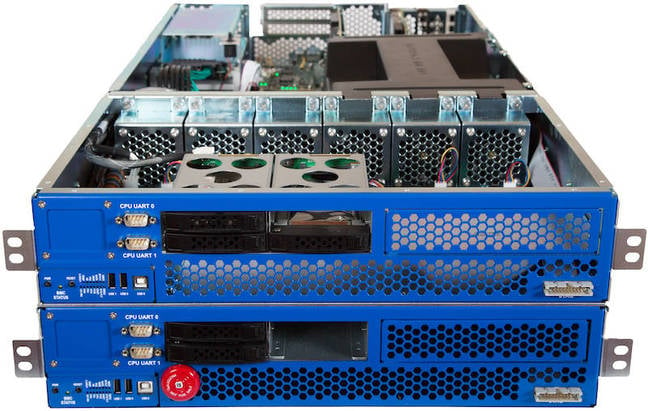 Anand Chandrasekher, senior veep of Qualcomm's data center group, said this is not his company's mobile processor in a new package – the server-grade chip uses a completely different core design, and has features that makes it suitable for data center workloads, apparently.

When we pushed for details on these features, Chandrasekher told The Register: "This is a server-class CPU. I hate to disappoint you but revealing the features now will help advance my competition. We wish to keep our secrets safe for now."

The chip design biz hopes its tech will find its way into the budgets of cloud infrastructure and platform-as-a-service companies, and organizations crunching big data and tinkering with machine learning. ARM-powered server chips are expected to offer high-density computing power – think of machines with hundreds of cores doing lots of relatively light workloads in parallel – but the concept is struggling to take off.

Will Qualcomm's server-class silicon follow the line of low-power and high-density, or go for broke and gobble tons of watts to compete more with beefier processors?

"Our customers care about performance, acceptable power-compute density, and cost. And we intend to address all three. We'll address compute density and compute efficiency in several ways without getting specific at this point," Chandrasekher told us.

"I've been watching the data center market for a long time, and there is more change taking place now than I've ever seen in the past. The root cause of all of that is the cloud," Chandrasekher added to hacks today in a press conference in San Francisco.

"It's a worldwide phenomenon, and it's across all workloads as well. It's very clear that enterprise is moving to the cloud, and it's doing so very rapidly. The reason why is simple: economics."

Next page: 'This is more of a marathon and not a sprint'
Page: