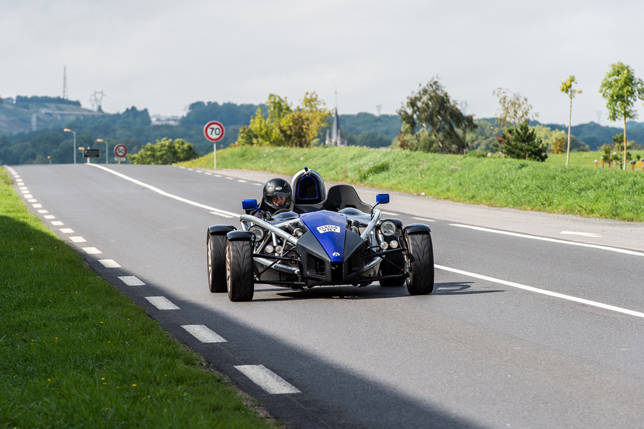 The Atom fits the cliché of “racing car for the road” as well as anything available. The wheels are not strictly open because they are covered but the immediate reaction from anyone who has not seen one before is that an Atom is a racing car. The lack of a windscreen magnifies this. It’s not just the wheels and the top which is open; the whole car is. The boot is a tiny cubby hole under the nose cone which is attached with track car type clips. It’s too small for the mandatory French equipment of hi-vis jacket, warning triangle and breathalysers. We carried breathalysers as a sign of goodwill. 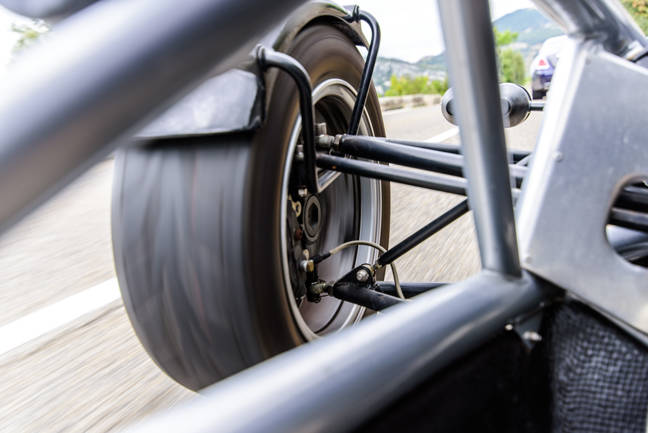 Everything is exposed. As with a Caterham it’s great watching the suspension as you bump over cats' eyes, but in the Atom following drivers can see the exposed engine and everyone can see the beautifully machined pedal mechanism and suspension adjustments. Like a racing car, it’s easiest to get in by standing on the seat, sliding your legs under the steering wheel, realising that you’d not pulled the four-point racing harness out of the wa,y and then wriggling to pull the straps out from under you.

The bucket seats are amazingly comfortable. The Alcantara wheel falls to hand and the bucket seats grip you perfectly. It’s very comfortable. There is no key, but there is an immobiliser. Flip the power switch to wake the car and the dashboard lights up, the priming pumps whirr and then you can faff about with the immobiliser fob. Press the start button and realise that the immobiliser is still on. Try a few more times and the car wakes with a roar.

The Atom gives off a deep, throaty sound that is nothing like a 2.0 four cylinder engine. The whole car shimmies with the vibration and it feels alive. Let the clutch up and there is a jerk as the car lurches, with no weight to hold it back. It might have less than half the power of the Wraith but it also weighs a fifth as much. The supercharger is cooled by powerful fans which draw the air in through the box by your left ear. The induction sound and engine are both mellifluous and cacophonous. For quite a bit of the journey the loudest thing we could hear in the Rolls-Royce was the Atom. 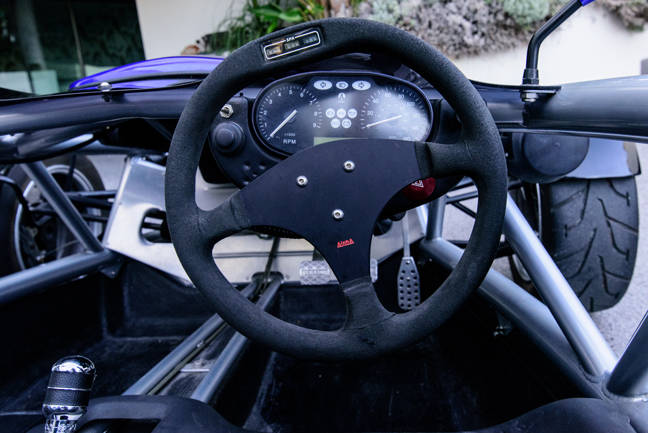 The dash is workmanlike, featuring an easy-to-read speedo and rev counter, and indicators which, like on a Caterham, are on a toggle which doesn’t self-cancel. Also, like the Caterham, they are a finger-stretch from the wheel – but on the Atom the positioning doesn’t feel as good.

Our Atom had the world’s worst fuel gauge. It gives a volume in litres but seems to get the number from some random source. At one stage we filled the car up to have the display give a number ten litres less than when we started.

Next page: The shocker of Monaco
Page:

In brief Plus: Activists fight for EU ban on AI lie detectors, and is the age prediction tool used by Meta accurate?
AI + ML4 Jul 2022 | 32