Mustard from the home of mustard, monsieur?

During the trip we were let down by three different Airbnb bookings, including one which had accepted a booking where we’d said we wanted secure parking and which had replied saying we’d have to park in the street. We cancelled and Airbnb customer services were excellent, agreeing to refund the booking fee even though it was us, not the vendor, who had done the cancelling.

Finding a hotel became pressing. It had stopped raining but Guy and Paul in the Atom were more than moist and less than happy, not least because we in the Rolls-Royce had left them at a pé age (toll plaza) expecting them to catch up and they hadn’t; cue lots of “where are you” conversations. As luck would have it, they pulled in behind us at a junction.

As Craig and I led them on a tour of the maze-like city, the Rolls-Royce's satnav struggled to cope with the road layout and even gave us directions for roads that didn’t exist. With some telephone help we found a hotel with rooms and parking – except all the parking was booked. Then we found somewhere with parking but rooms where one person in each would have to sleep on camp beds. We took that, but couldn’t work out how to get to the car park. We dropped off Craig outside and he went to get instructions. It turned out that the route into the car park was through a no-entry sign, onto a bus lane, along the pavement and down into the car park.

At least it was secure.

Showered and feeling human, we went for dinner in Dijon. Steak, with mustard. We didn’t ask what kind of mustard.

Down in the car park the following morning, we did a photoshoot with the Wraith, and then drove out to the threatening sky. The two of us who had been in the Rolls-Royce the night before volunteered for the outdoor seats and felt like frauds because it was now dry. Because we’d not got as far north the night before as we’d hoped, we were tight on time to our target of the classic race circuit at Reims and then on to catch our Eurotunnel back to Blighty. 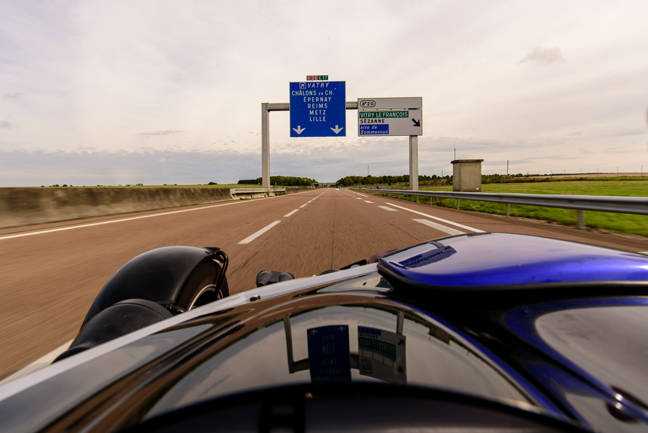 The drive from Dijon to Reims was made up of uneventful autoroute but the journey didn’t match the monotony. Watching the Atom from the Rolls-Royce, we saw it slow and glide to a halt by the side of the road. It was out of fuel; a victim of the gauge which seemed to use the same system as Windows 7 file transfer timing. Ever-prepared, Paul had bought a fuel can, so he poured in some of the best essence sans plomb and hit the start button. Nothing. The starter churned but the engine didn’t catch. Our thoughts of catching the train faded.

Paul pondered and reasoned that it might be the fuel failing to feed as a result of breathing holes being covered by the duct tape. He opened the beautifully engineered aluminium fuel cap and Craig tried the starter again. The engine fired and we were on our way.

We’d all mastered the péage system by now. In the Rolls-Royce it was a matter of using the birds'-eye view camera to get close enough for the passenger to reach the toll itself, but, belted in the Atom, the process was more gymnastic. Once the gates were in view it was wise to start loosening the belts so that you’d be able to do them up again after the barrier. Then you unclipped the belt and reach up to the ticket. We took a pride in doing it elegantly. 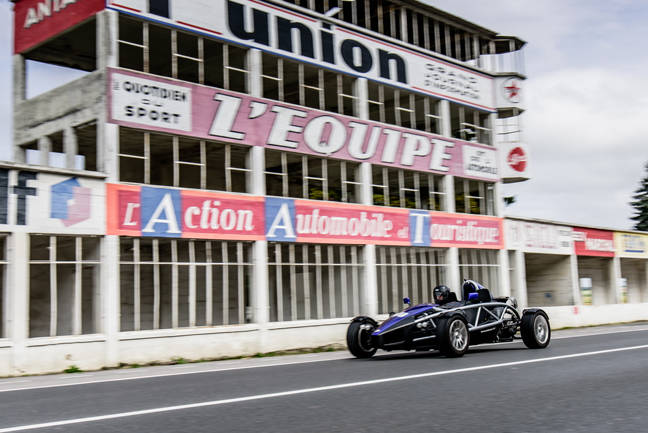 The pit lane at Reims is the opposite of a site which has been deliberately made to look old. It is old but looks less so now than it did the twenty-something years ago that I was last there. It seems that the local council maintains it to look old but not too old.

It proved an excellent spot for photography, with roundabouts at either end of the straight so we could run the cars up and down as Guy shot them. But time was tight and after four drive-bys we climbed in and headed for the tunnel.

Industrial systems' security got 99 problems and CVEs are one. Or more
Research3 Jul 2022 | 40