No smoke without fire

My experimental 1984 Jaguar XJ-S can deliver a true on-the-road-driving-along 43mpg (imperial gallons) running on gasoline, so it would probably measure at about 48mpg on the non-representative test profiles used in official tests, which would give it the same CO2 output as a diesel vehicle doing nearly 54mpg. 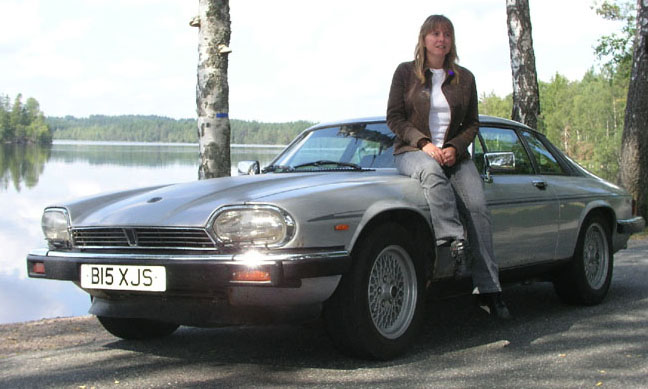 So progress in engine efficiency hasn’t been that great and can’t be because there’s not a lot of design freedom with a piston sliding in a cylinder. The progress has been elsewhere in the vehicles, to reduce the power needed or wasted. Oh, and some of the progress is virtual and has been achieved by using test procedures that under-estimate the fuel consumed in real life.

Gasoline and diesel are both hydrocarbons, and if burned with pure oxygen would produce water and carbon dioxide. But burned in air, which contains a lot of nitrogen, some other compounds are produced as well, especially as the temperature rises. Indeed, it will in a diesel running at low power, where a tiny amount of fuel finds a vast amount of oxygen and burns like crazy. This results in high temperatures and NOx – the x being the classic variable to denote that various numbers of oxygen molecules can be bound to one of nitrogen.

A solution of sorts can be found in exhaust gas recirculation (EGR). Some of the exhaust is siphoned off, cooled, and mixed with the induction air. The amount of oxygen in the cylinder goes down and as exhaust gases contain, by definition, oxygen compounds having a higher molecular weight than air, the specific heat of the cylinder gases increases, which means that liberating a given amount of energy results in a smaller temperature rise. Down goes the NOx.

And down goes the fuel efficiency, because the smaller temperature rise produces a smaller pressure on the piston. And up goes the soot, since the excess air needed for full combustion is no longer there. EGR, which works quite well in gasoline engines, isn’t so good in diesels, but the costly alternative is to have two completely different treatment systems, one which afterburns the soot and one which chemically neutralises the NOx using urea solution marketed, for example, as AdBlue.

The modern car is a self-propelled IT network that is probably more aware than the driver and can easily get up to all manner of tricks, some cool, some deadly, some questionable. It is a partial solution to conflicting requirements of profit, user convenience, safety, performance, reliability and economy. Electronics first came into use in engines to prevent emissions soaring in neglected vehicles and its use has grown. Without electronic control, today’s vehicles simply would not be feasible.

Early diesels used mechanical injection and all the fuel went in at once and burned with a wallop, hence the characteristic clatter. Today’s so-called common rail diesels use electronically controlled valves in a system similar to that of gasoline engines, except the rail pressure can be frighteningly higher and the valves are piezoelectric, so they can work a lot faster.

Instead of injecting fuel in one hit, the common rail injector uses pulse-width modulation to draw out the combustion and suppress the engine knock. That is what really made the diesel acceptable for passenger vehicles.

Once is an accident. Twice is coincidence. Surely there won't be a third incident for roadside assistance company
Security3 Feb 2023 | 22

Wish you could IP Freely? What's the wording holding you back in your current job?
On-Prem3 Feb 2023 | 52

Floats over missile silos, shooting it down ruled more dangerous than whatever it's up to
Channel3 Feb 2023 | 57