Gov goes all ¡BONG! on code that goes BANG to breed next Lara Croft 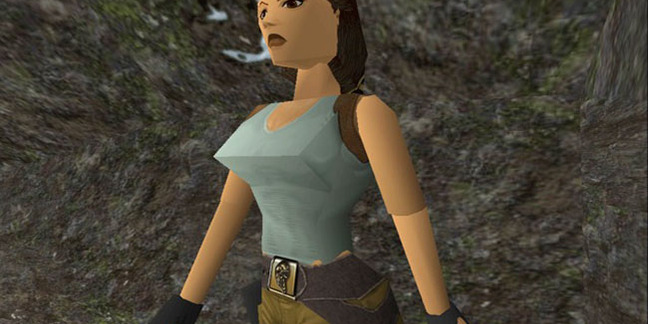 The new “Video Games Prototype Fund” will hand out cash grants to developers through the newly-formed UK Games Fund that aims to “create jobs, promote diverse new teams, enhance skills and increase the amount of new games IPs in the UK.”

The official missives announcing the fund mention lots of developed-in-Britain games like Tomb Raider and Grand Theft Auto, which apparently made “ significant cultural and economic global impact.” It's hoped that flinging cash at n00bs early-stage games developers will help them level up to similar success.

The Fund hasn't nailed down the details, but envisages two types of grant:

There's also a mention of “talent development initiatives” such as “competitions for students and graduate teams to create and showcase new games” along with mentoring “for businesses and individuals”. Criteria for the grants are sketchy but the fund says it'll be looking for “project plans where we think that the team and title combination has potential and can benefit from our support.”

The Fund will run from offices in Dundee and the Digital Catapult will also be involved in flinging out cash. ®

Oops I did it again. And by it, we mean, ripped people off

Get hands on with Kubernetes, service meshes – and more – at our fantastic Continuous Lifecycle London conference

Game Theory Giant chess with a Terminator? Bring it on

Chaos? We’ll show you how to make it work for your software org

One month till we open the doors at Continuous Lifecycle

From on-prem to serverless, here’s how to transform your software ops

Start by snapping up a CLL19 early bird ticket today

We'll help you get your next fix... maybe, we'll think about it, says FTC: 'Right to repair' mulled