Fist and twist to control your PC the electromyographical way

Review For years, the way we interact with computers hasn't much changed. Keyboards and mice have been the mainstay of computing for decades. Of course, there have been experiments, like clunky VR gloves, and more successful gizmos like Kinect.

Leap Motion, for example, tried to bring gesture control to your PC in 2013, where it would detect movements above its sensor.

Thalmic Labs Myo gesture controlled arm band: Any colour so long as it's black... or white

Now, Thalmic Labs is trying a slightly different tack for motion sensing, with its Myo armband. Retailing at $199, the Myo is an armband in eight segments which is designed to sit at the top of your forearm.

Contacts on the inner surface allow it to register the movements of your arm via Electromyography (EMG), measurement of electrical activity of the muscles in your arm. The data's sent from the armband via Bluteooth-LE to the computer, which interprets gestures.

There's an adaptor included with the armband, which will work with Windows 7 and above, or Mac OS X 10.8 and above. Myo also works with iOS and Android devices that support BTLE as well. 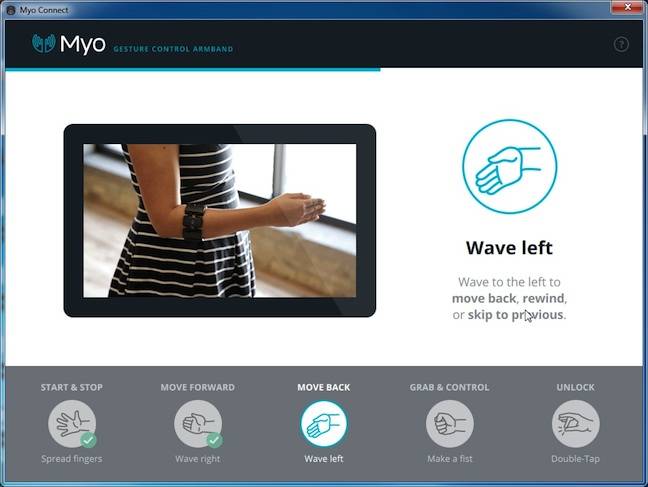 Setting up Myo is simple, and short videos show the key gestures. Click for a full size image

Setup is pretty simple, and videos show you the main gestures – make a fist, splay your fingers, double tap thumb and middle finger, wave left and wave right. By focusing on these core gestures, it's fairly quick to get up to speed. That said, with the default settings, I found the "wave left" gesture hard to do; creating a custom calibration set worked better with my creaking old arm.

But what's it for? One of the main uses might be for presentations, and a "presentation mode" adds some extra gestures including a pointer you can move around the screen and a "rotate arm to zoom". It works, and will give you more freedom, perhaps – as long as you don't mind rolling up your sleeve.

The armband comes with some of these modes predefined. There's one for Netflix, for example, which works in your browser. Splay your fingers to pause or play; wave left or right to go forwards or backwards, and make a fist then rotate to control the volume. It feels a bit odd at first, but you can get quite used to it. 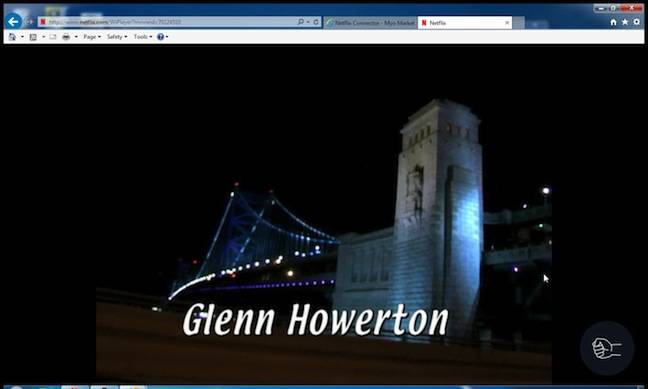 Tap finger and thumb, then make a gesture to control Netflix with Myo

Switching modes is done my putting your arm up, making a fist, and pulling down – as if you're pulling a roller blind down. The action pulls down a menu, where you can highlight a choice by moving your arm up and down, then selecting with the splayed finger gesture. It feels odd to start with, but actually makes sense.

On-Call Even with instructions staring them in the face, this genius couldn't get it right
Software27 Jan 2023 | 100