How far will Microsoft go with Android?

'We'll go wherever our customers are' - exec

There is only one destination for companies that fail with their own mobile operating system, and it's called Android. Last month, BlackBerry acknowledged defeat by announcing PRIV, an Android device with a focus on security.

What then is Microsoft’s Plan B when it comes to mobile? In the Nadella era we have already seen the company embrace Android and iOS with applications for Microsoft Office and more: a quick count shows 75 current Microsoft apps on the Play Store, including games, clients for Dynamics CRM and Dynamics AX, Skype, news and weather apps, and Bing Search.

Cortana, Microsoft’s digital assistant, is in public beta for Android and promised for iOS.

Another Android project is the Arrow Launcher, currently in private beta, which replaces the stock Android home page with a custom launcher providing frequently used apps, quick access to contacts, and a notes and reminders page.

How far will Microsoft go with Android? Sydney journalist Chris Griffith reported from a recent press briefing in Seattle: “If Microsoft can produce a lockscreen and launcher for Android, could it produce a full-blown tailored Android operating system, just as Samsung, LG and others do?"

"When asked if it could produce such an operating system variant," added Griffith, "Microsoft chief experience officer Julie Larson Green told The Australian: 'We’ll go wherever our customers are'."

That is not much of a comment to hang a prediction on; but does show how serious the company is about penetrating the Android ecosystem with its own apps and customisations. Could there be a future Surface phone running Android?

Microsoft has not completely given up on Windows 10 mobile, of course, and recently launched the Lumia 950 and 950 XL, though with little fanfare at an event dominated by Surface Pro 4 and Surface Book. The further it goes in supporting Android and iOS, the more it undermines its efforts to sustain a market for Windows 10 mobile devices. 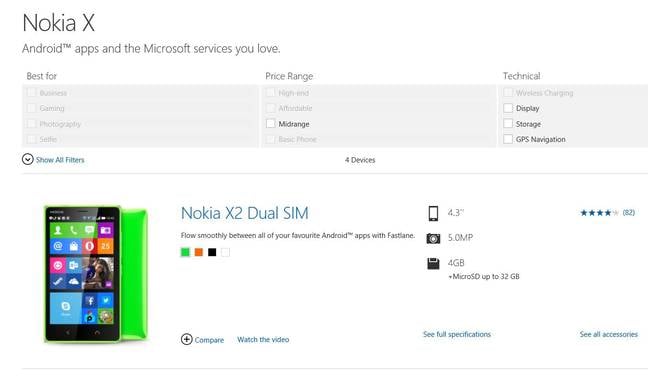 Note also that Microsoft already has Android mobiles, in the form of Nokia X phones acquired with Nokia. These devices run Android but without Google Play services, which means no access to the Play store; it is Android but without the Android ecosystem, preventing it from achieving any success.

“This product does not support Google apps nor this phone Google Play. The Nokia store in the phone has nothing,” said one disgruntled customer. Amazon has faced similar problems with its Fire Phone, which has not taken off despite considerable effort to persuade developers to port apps.

The strategic importance of Android to Google is that it promotes the use of Google’s services, such as search. In a business context – which is where Microsoft has the best chance to build on its strength in Office, Active Directory and other server applications – Google wants to promote its Android for Work security system and Apps for Work services.

These factors will make it difficult for Microsoft to succeed with Android on mobile in the same way that it did with Windows on PCs.

That said, Google successfully established its Chrome browser and search services on Windows, and Apple triumphed with iTunes on PCs, so Microsoft has experienced this kind of trick in reverse. That might not have been possible without the constant threat of anti-trust pushback, and similar pressures on Google may give Microsoft a glimmer of hope this time around.