Cyber Defence Summit US Senate and House committee members are confident twin security bills will be passed in the coming weeks, making serious inroads into the perennial failure that is cyber security information sharing.

The bipartisan bills would offer liability protection to organisations who supply de-anonymised security threat information with the US government.

The Protecting Cyber Networks Act passed through the House of Representatives in March with 307 to 116 votes, with amendments.

In April, detractors, including a string of civil liberties outfits, penned a letter arguing the bill will hurt user privacy if their data is handed to spy agencies.

Diane Rinaldo, professional staff member of the House Permanent Select Committee on Intelligence, said the bill has wide support but also some opponents, who are mainly concerned about the impact to user privacy of sharing data with the government.

The bill is now 70 pages long (from its eight original) due to amendments including privacy protections. 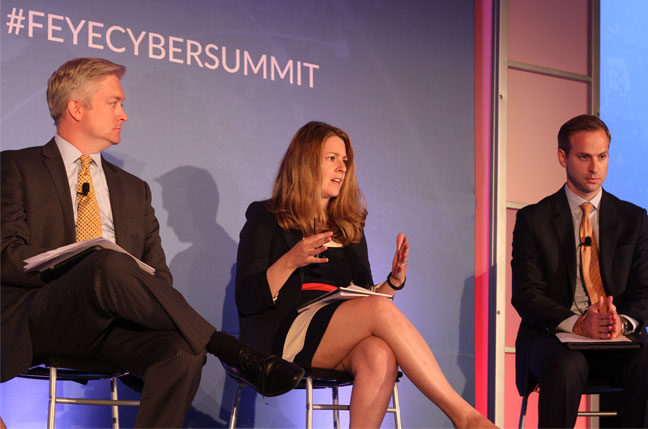 "This is one of those pieces of legislation that the Republicans support, the Democrats support, and the White House supports, and we just need to iron-out the edges of how we get this done," Rinaldo told Vulture South.

"We are currently waiting on the Senate, and hear that it may bring it across next week, fingers crossed," she added.

The Senate Homeland Security Committee passed a separate bill – Cybersecurity Information Sharing – which would largely emulate Rinaldo's bill but offer liability protection only if threat data is reported through a Department of Homeland Security portal.

The former would grant protection if information is shared with any Federal Government agency.

Committee chief counsel Stephen Vina said several procedural votes still have to happen before the final vote. "There is talk that it could come up very soon in this next work period [and] we're all waiting to see how that will play out," Vina told the Cyber Defence Summit in Washington DC.

"The positioning that is going on right now is trying to figure out the level of support," he added. "It had very wide bipartisan support, and they are expecting that [support] when it finally gets to the Senate floor."

He said this is the "last big challenge" after The Federal Information Security Management Act and other security bills.

However, the bill faces "strong opposition" among some members who harbour privacy concerns, said Vina, but he maintains some 20 amendments may help to win that support.

The bills ask organisations to strip user data from threat feeds and require the receiving government agency to sieve through the info to ensure that has been done.

The pair say the bills are important to lift the level of information sharing with the government, which has failed to expand among organisations fearful of litigation.

Sharing of security information is a mainstay of keynotes and government speeches, yet many in the Australian and US security communities fail to see the benefit of opening their organisations up to legal action or IP theft from competitors. ®