Indubitably coruscating lingo, but what are your comely faves? 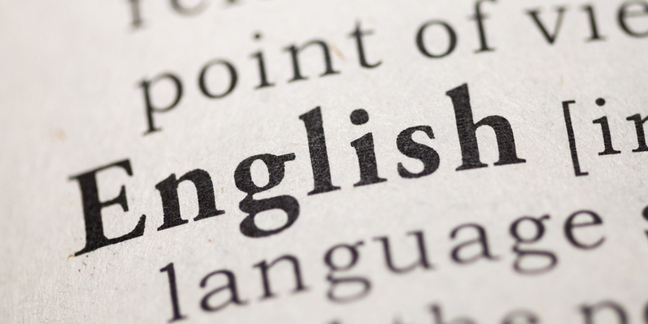 It was decidedly nippy yesterday morning, and in remarking the fact to my pandiculating and yawning daughter, I was struck by the sheer magnificence of the word nippy when used to describe a crisp autumnal chill in the air.

Given the biting cold, it was a right bloody palaver to scrape the frost off the van, and there's another classic.

Palaver, for those of you of an etymological bent, ultimately derives from Portuguese palavra, meaning "word". It was adopted into 18th century sailors' slang as palaver, in the sense of talk or discussion (cf. "parley"), so Jack Tars undoubtedly spent time engaged in palavering, when they weren't rumming, sodoming or lashing.

This sense of "conversation" has pretty well been lost, and now we're left with palaver meaning a complete carry-on.

It's a mellifluous and evocative word to be sure, but for some reason doesn't pop up in lists of English's most splendiferous words. Here's one, which yes includes the euphonious mellifluous, further trumpeting the noteworthy "demesne", "ethereal", "languor", "plethora" and "riparian" in its top 100.

Perusing this more extensive collection, we find "globule", "kerfuffle", "louche", "obstreperous", and "scrump" (to nick fruit from an orchard, for our US readers).

Other crackers which catch the eye and please the ear are "bucolic", "discombobulate", "portentous", "prestidigitation", "salubrious" and "zephyr" (the gentle wind, rather than the Ford motor vehicle). The list goes on.

Doubtless our readers have their own faves, and feel free to share for our mutual scintillation.

The current top pick in my house is (not in earshot of my daughter, I hasten to add) the awe-inspring "cockwomble" - also much beloved of El Reg commentards.

The origin of this very rude term is unclear, although it's thought to have first surfaced on an online football forum. For those of you unfamiliar with the word, it has been summarised as someone "possessing properties of striking idiocy".

Splendid. Co-incidentally, cockwomble is certainly a pretty good translation of the Spanish gilipollas - a lovely word. My other picks from the lingo castellano are the silky smooth albornoz (bath robe) and perroflauta (crusty).

Perroflauta is simply assembled from "dog" + "flute", those being the standard accoutrements of malodorous and dreadlocked crusties, according to the Spanish.

Inventive stuff. Of course, fans of Vulture Central have had moments of creative propinquity. Back in 2008, some bright spark brilliantly dismissed the "galactically-talented media strumpet" David Blaine's New York hanging upside-down stunt as a "twatdangle". ®

We'd love to come up with a Harbor container ship pun but we're too corona-frazzled. Version 2.0 is out

Hot on heels of 2.0, Vivaldi 2.2 adds tab session management among other goodies

But built-in email and mobile clients still works in progress

Got a burning desire for a Hololens 2.0? Microsoft insists its math coprocessor won't be too hot for headgear

Hot Chips Ow, ow, my forehead is on fire

Powers of stash and rebase fall into the hands of noobs with GitHub Desktop 2.0