Go on, you know you want to, you funny people

El Reg's last caption competition had two men experiencing an Oculus Rift in a forest. Lots of the captions – indeed, most of them – hinged around a large ear growing out of a tree behind the two VR viewers. 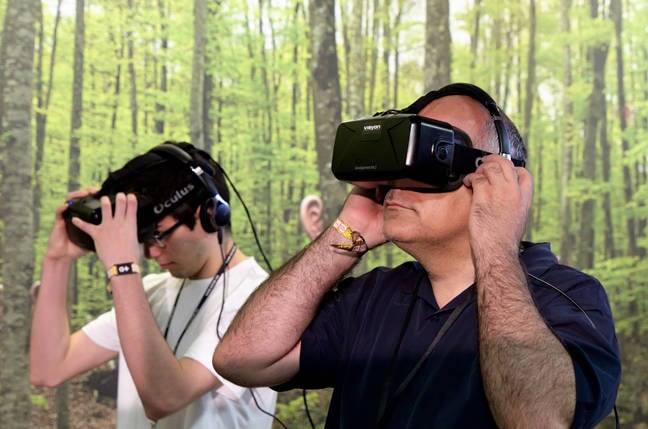 There are lots of regular names here, and multiple entries from some of the smarter commantards, The ones we liked best were:

And the best of the “ear ones” was:

Another theme was trees in forest captions:

And then we had a great assortment of different entries:

There has to be a winner, but just to heighten the suspense we’ll announce a runner-up: regular entrant Frumious Bandersnatch came no-cigar with Dad... I, um, have something to tell you. I'd, eh, really rather have the smart bra from two weeks ago..

This week's winner, also a previous winner, is Adam Jarvis who posted I know you need an Ultrafast Broadband connection for one of these, but didn't expect to be surrounded by so many G.fast FTTdp telegraph poles to achieve it.

We’ve never said that you can only win once so Adam can now RAID his prizes. Both his 6TB black drives are the top-of-the-range Western Digital drives with a 128MB cache, sustained data rate of 600MB/s, StableTrac to cope with vibrations caused from the sub-woofer in a hardcore gaming system, and dual processors.

The drive has a SATA interface and uses the well-established Ramp Load technology which parks the heads off the disk surface to prevent stiction, and Advanced Format Technology which uses eight 512 byte logical sectors in one 4096 byte physical sector. WD sells them here.

Feeling funny? Well if it’s not something you ate, you could give us a caption for this.. 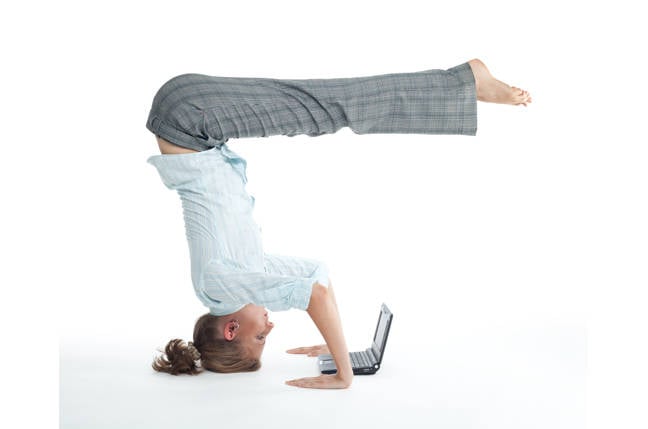 Please try to keep it kind of SFW, but applicable to the content. If you want to be considered, please don’t hide as an anonymous coward, and if you win we’ll need a UK mailing address. The competition closes at 9:00 UK time next Thursday, Oct 22nd. Post your witty words in the comments below. ®

Structure appears to be so far out, the Roche limit may need revising
Science9 Feb 2023 | 8