You know what storage needs? More doughnuts to flatten us up

The hierarchy of adapters, switches, routers and directors involved in storage networking is unwieldy, complex and costly and needs replacing with a flatter scheme of direct connections between servers and storage devices. That’s the networking message from start-up Rockport Networks.

This company has been operating under the radar since being founded in 2012, in Ottawa, by a trio of storage and networking vets: CEO Doug Carwardine, CTO Dan Oprea and COO Michael McLay.

Its idea is that storage and server nodes in a network should be directly interconnected using a Direct Interconnect (torus mesh) of optical cables. A torus mesh is a geometric shape analogy of their interconnection scheme, being a ring with a circular cross-section and a hole inside the middle of the ring – think doughnut.

This is not a new thing. Torus mesh connectivity has been used to interconnect high performance computing environments for years.

Oprea says Rockport wanted to use a torus because one of its properties is minimising the number of hops between any source node and any destination node, “so you can jump much faster.”

It also wanted a characteristic of Direct Interconnect; the ability to add or drop traffic on every node, which you cannot do with a spine and leaf design.

Rockport says Direct Interconnect is widely recognised as the most effective way to connect; it is also recognised as a very complex way to cable things together. The company claims it has solved the cabling challenge, with high radix connectivity and simplified cabling with short runs. Direct interconnect is the most efficient way to interconnect data nodes in the data centre and provides dramatic linear scalability, it says.

Because of this, Rockport's software is going to bring the performance and scalability of its architecture to the larger enterprise market. 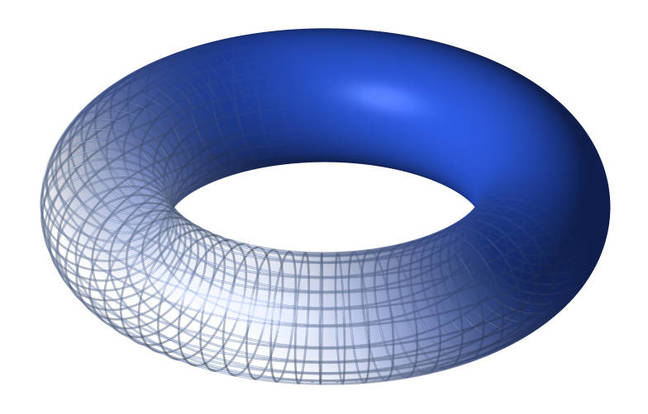 A torus. Imagine this is formed from a 3-dimensional grid of networked nodes with links between them.

How this torus mesh idea applies to networking is ingenious and this is how your storage correspondent, who is definitely not a network engineer, envisages it.

Imagine a grid of nodes, three to a side and with another grid of 3 x 3 nodes, below them. The upper grid nodes have orange tops and are interconnected by red lines. The bottom grid has yellow tops with the nodes interconnected by blue lines. The nodes vertically in line with one another are connected by green vertical lines, giving us this concept: 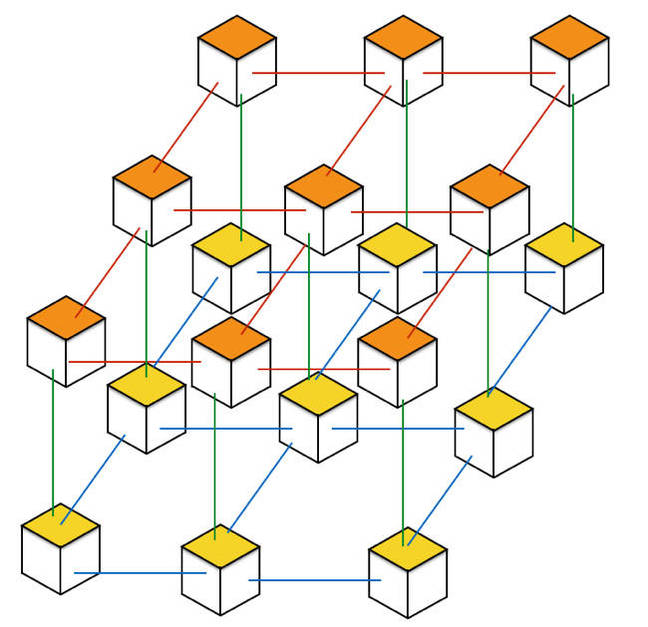 Now imagine the lines are network paths between nodes in the grid and any node can communicate with any other node using these logical link lines. You can trace several paths from the top left node to the bottom right node using four intermediate nodes and five hops (links) between them. Got that?

Now imagine the nodes increase and the grid extends to two layers of 30 x 30 nodes. The same basic point applies, only now you’ll have the top left to bottom right node path involve some fifty or so intermediate nodes and links. Okay? Now extend it to a grid of 100 x 100 nodes and two layers. The paths get longer and longer, meaning 200 or so intermediate nodes and hops, which is clearly unacceptable. So; prepare for an imaginary leap here; suppose we wrap this grid around a flat column so that the far left set of nodes are now positioned so as to be underneath the far right set of nodes below them in our imagined 3D space; 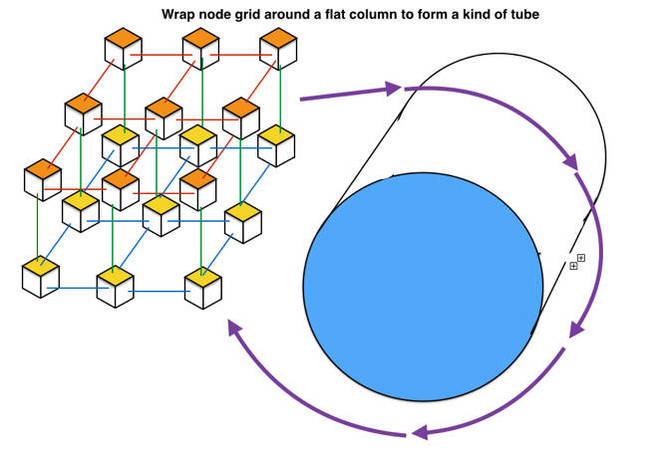 Imagine a cross-section of this tube is the circular cross-section of the torus doughnut tube. Now the network path from the top left node of the grid to the bottom right node has been considerable shortened to just over 100 intermediate nodes and hops.

Now we need another imaginary leap. Ready? The front and rear edges of our grid are now extended as well, so as to draw a circle with the front and rear edges meeting to that the nodes on the edges directly face each other; we now have a 3 dimensional torus mesh topology as shown in the blue torus doughnut image above.

Now imagine the 3 dimensional nodes all connected in another dimension of connectivity; a 4 dimensional torus mesh topology. And then go to 5D or 6D. This concept can scale to support literally billions of devices. As dimensions are added, there are much shorter links between previously far members of our grid, meaning fewer hops and lower latency. A typical 4D or 6D torus mesh will have more than 5,000 devices within single digit hops. Oprea says that the more equal the dimensions (node count) are on either edge of a grid, the better the torus Direct Interconnect network; 10 x 10 grids are better than 5 x 15 ones for example. 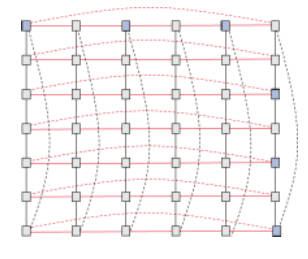 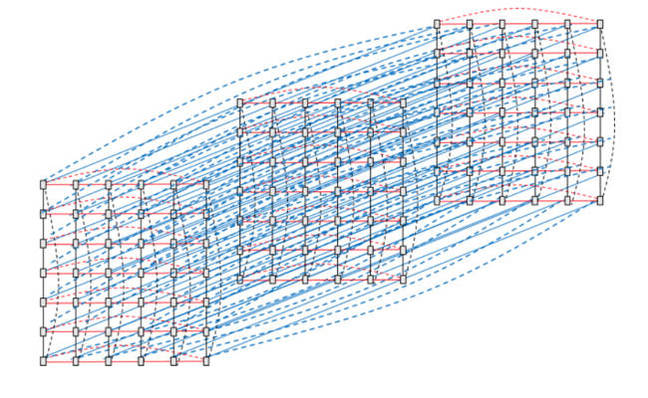 And to scale beyond that, 4D; 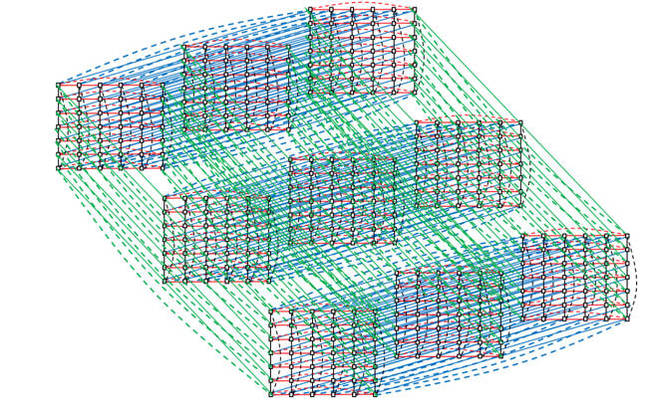 4 dimensions with logical links and 378 nodes 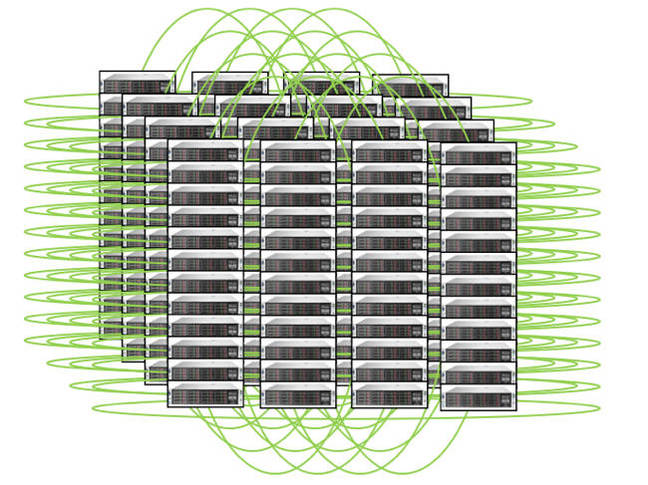 Next page: Ditch the switch
Page:

A particle physicist, an astronomer and a cosmologist meet in a bar. You what, COSMA8?
HPC6 Dec 2022 | 1

'Acute and justifiable fear' in the way patient data is set to be processed, campaigners warn
Databases6 Dec 2022 | 7