Don't bet the ranch on this long-distance, low-penetration standard 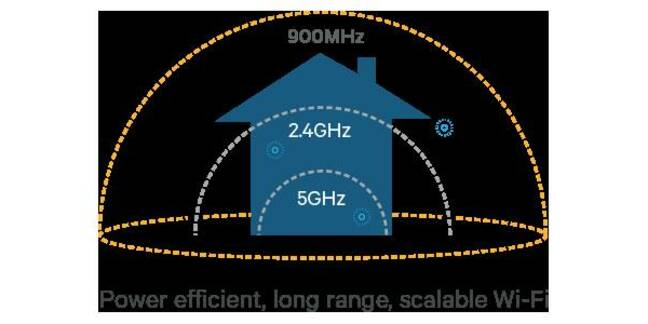 The new 802.11ah Wi-Fi standard has yet to hit the market in full, and some fear it never will.

Analysts at ABI Research predict that by 2020, four years after the first devices are scheduled to arrive, 802.11ah support will only ship in about 11 million devices annually. This slow growth means manufacturers will either have to wait out a slow adoption curve or simply move on to other standards.

"With Bluetooth and 802.15.4 technologies such as ZigBee and Thread gaining momentum in the smart home and other IoT verticals, it is becoming increasingly clear that any remaining issues will need to be quickly resolved in order to ensure that the window of opportunity for 802.11ah, which is already closing very rapidly, does not slam shut altogether," said ABI Research Analyst Andrew Zignani.

"Upon its arrival, 802.11ah will find itself behind the latest developments in standalone chipsets, combo ICs, and IoT platforms of competing solutions, and likely at a higher cost."

Designed for long-range, data-light transmissions, 802.11ah operates at 900MHz, well below the frequencies of previous Wi-Fi standards. This gives the format an extended range (estimated up to 1km) and low power consumption, which would suit connected appliances and other IoT devices.

Unfortunately, says ABI, it already faces increased competition from other low-power wireless data standards. And there are technical issues, most notably compatibility problems. While previous Wi-Fi standards (such as 802.11n and 802.11ac) have been backwards compatible with older devices and access points, using an 802.11ah device will also require purchasing an 802.11ah access point. In short, you can't use a new .11ah product with your current 802.11n home router.

This means that hardware vendors who are backing 802.11ah as their choice format for IoT communications need to not only hurry to get their hardware to market, but also expect a prolonged battle before the new wireless standard gets any traction with end users.

"There are already strong and well-established low-power, low-cost wireless connectivity technologies available on the market, many of which are operating on the globally available unlicensed ISM bands," Zignani said.

"Tri-band devices supporting sub 1GHz, 2.4GHz, and 5GHz will need to come quickly to the market if they are to have any chance of success." ®