New Horizons: Pluto? Been there, done that – now for something 6.4 billion km away

Kuiper Belt explorer will have next rendezvous in 2019

The Pluto-gawping New Horizons space probe is back in action and heading for a new target far out on the edges of the Solar System. 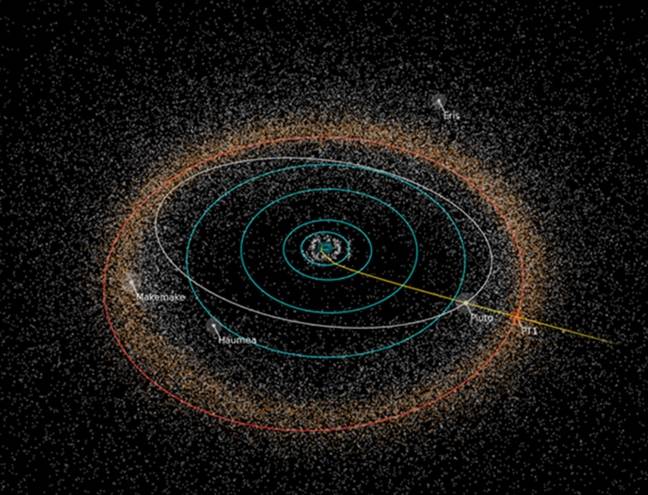 To infinity and beyond!

On Thursday the spacecraft's hydrazine-fueled thrusters were fired for 16 minutes at 1050 PT (1850 UTC) in the first of four maneuvers that will aim the Earth-built lab at its next target. Its goal is 2014 MU69, a distant speck that's 6.4 billion kilometres from Earth, far out in the Kuiper Belt that encircles our solar system.

"Even as the New Horizon's spacecraft speeds away from Pluto out into the Kuiper Belt, and the data from the exciting encounter with this new world is being streamed back to Earth, we are looking outward to the next destination for this intrepid explorer," said John Grunsfeld, chief of the NASA Science Mission Directorate.

2014 MU69 was discovered by the Hubble Space Telescope as part of a survey of the Kuiper Belt for additional targets. Only Hubble could find the planetoid, which is between 30 and 45 km across, and it was picked because it's the most economical target that will preserve the maximum amount of thruster fuel.

That's not much, considering the probe is travelling at 52,304 kilometers per hour, or 0.4846 per cent of the maximum velocity of a sheep in a vacuum. Even so, its next trip will take four years and the probe will flash past 2014 MU69 on New Year's Day 2019, about the time most of us are getting over our hangovers.

Scientists are still poring over the data being sent back after the probe's successful flyby of Pluto and more information is yet to come, since the spacecraft can only send back its files at around 1kb per second. 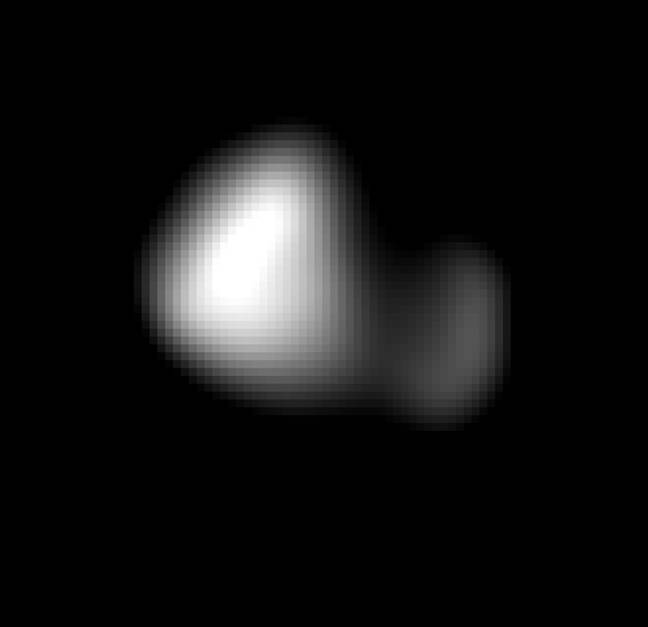 In its latest download, NASA scientists have got their first look at Kerberos, Pluto's smallest moon, and it has raised some eyebrows, since it's a double-lobe-shaped rock that probably formed when two rocks gently collided.

The largest part of the moon is eight kilometers across and the smaller lobe is around five kilometers. Judging from its reflectivity, the surface is covered with ice, like large areas of Pluto.

"Our predictions were nearly spot-on for the other small moons, but not for Kerberos," said New Horizons co-investigator Mark Showalter, of the SETI Institute in Mountain View, California. ®