DataCore pushing parallel IO, and puts the cores to work

No more rack after rack of ‘poorly utilised servers’?

DataCore reckons this sorts out a general virtualised, multi-core server IO problem and not just a storage one.

It claims hypervisors, operating systems and container virtualisation running in multi-core servers deal with IO serially, although workloads run in parallel across multiple CPU cores. There is an IO core doing all the IO work.

DataCore said that VMware's ESXi, for example, dedicates just one core in a multi-core CPU to IO. In an 8-core processor that means seven application cores are having to share one IO core, serialising the IO, and contending for its resources, causing IO queues to form.

DataCore said mainstream database apps are IO intensive and virtualised servers can't cope effectively, necessitating "rack after rack of poorly utilised servers". It's almost exactly equivalent to short-stroking disk drives to get a faster response from a disk drive array by having many spindles do the work at the expense of poor disk capacity utilisation.

Its Adaptive Parallel IO technology works with VMware's ESXi hypervisor and gets multiple cores engaged in processing IO instead of just one. 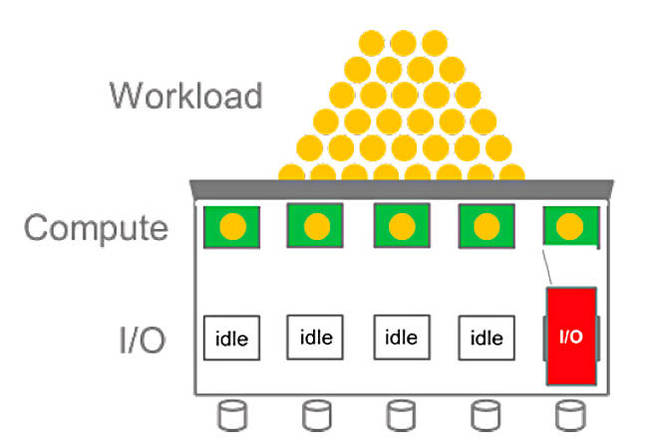 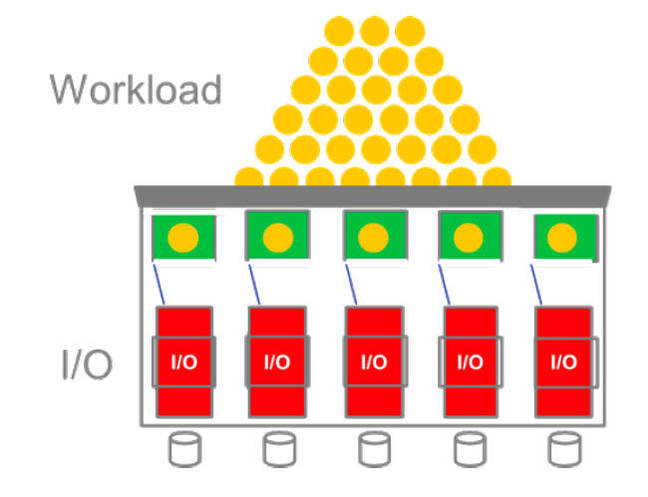 DataCore's parallel IO software technology means, at grade-school level, two servers with such technology could do the work of 10 without it. It claims "Apps run 10X faster, even when virtualised – work completes in one tenth of the time," based on a TechValidate survey of DataCore customers.