China-based virtual private network provider Terracotta, a favourite of some of the most capable hacking groups, is pumping their stolen user credentials in cleartext.

All of the nodes Terracotta uses to power its commercial VPN are popped boxes, Backman says, in what would help boost the unscrupulous seller's bottom line.

Other hacked organisations include a US transport agency, a US county government, and a high-tech manufacturer. All victims have compromised Windows servers and Routing and Remote Access installed.

The cleartext flaw means researchers or any other eavesdropper do not need to pop Terracotta's infrastructure to know what data its criminal customers are stealing. 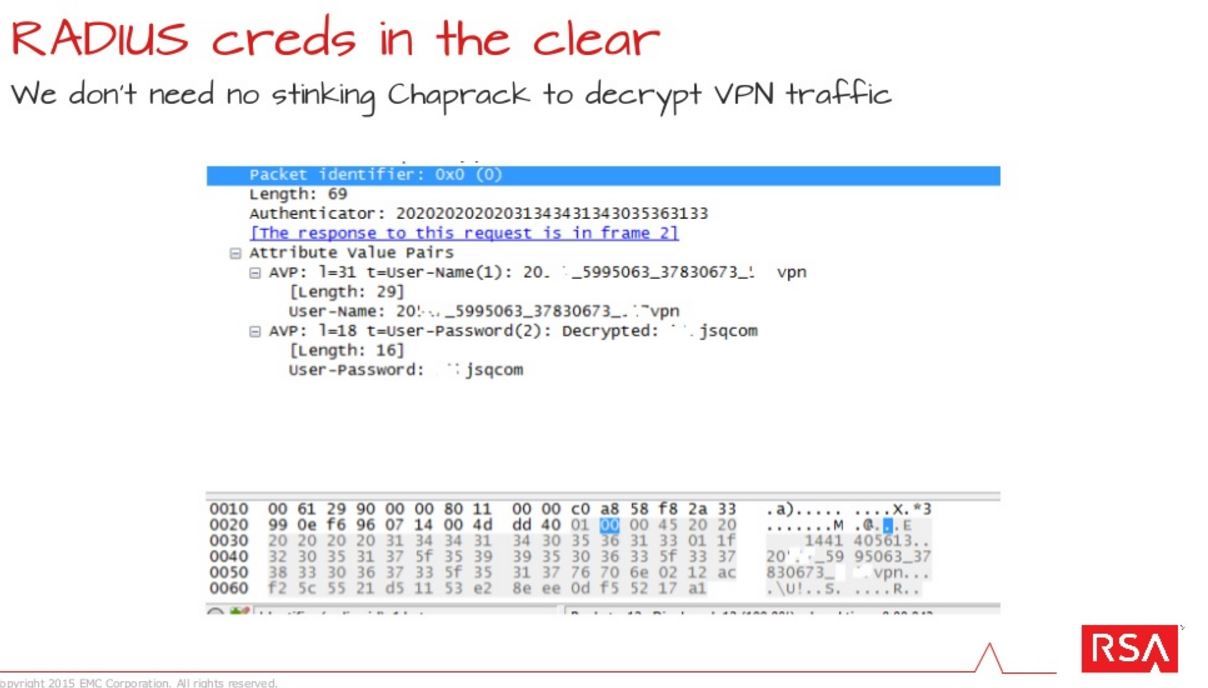 By popping corporates Terracotta might be able to evade Beijing's block of VPNs which allows enterprises to tunnel but strikes down the OpenVPN protocol.

RSA tracked in one node over 30 days 118,948 successfully authenticated connections from 9053 unique IP addresses of which 98 percent originated in China. ®