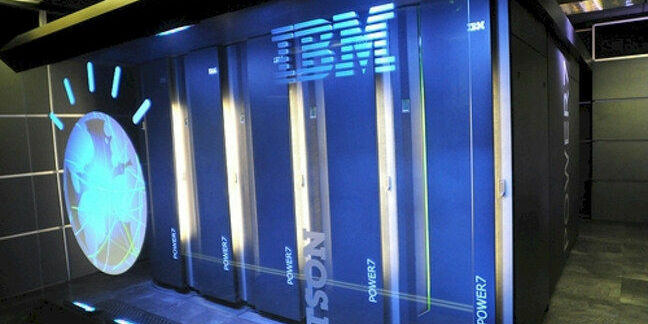 Big Blue is reported to be further beefing up its Watson division by splashing $2bn (£1.3bn) snapping up the digital arm of the Weather Company, a US-based organisation that runs the Weather Channel and a digital company providing mobile apps.

Both the Wall Street Journal and the Financial Times reported that people familiar with the matter have confirmed the deal is "getting close".

Peter Roe, analyst at TechMarketView, noted: "This marks another move by IBM to increase the predictive power of its services, and the company will be looking to combine the weather forecasting unit with its Watson operation to build an 'insights' business."

Roe commented that the logical thing would be for IBM to roll the Weather Channel into its Watson division and its just-announced Cognitive Business Practice. He said the acquisition could be used for the Agricultural sector.

IBM has been desperately trying to turn around its fortunes by betting the house on cloud and analytics. As such, Big Blue has been particularly keen to promote its Watson division for health care, having recently bought Merge Healthcare for $1bn (£653m) to give Watson the ability to “see” millions of medical images.

The company recently posted yet another consecutive quarter of declining sales. Revenue dropped one per cent to $19.3bn (£12.48bn) for its third quarter results, compared with the same period last year. Meanwhile, net income dropped 14 per cent to $3bn (£1.94bn).

Patricia Murphy, veep of Investor Relations, noted IBM is building "an ecosystem" around Watson in the company's earnings call. "When Watson played Jeopardy in 2011, Watson just did one service, question and answer, underpinned by five technologies, like machine learning, and natural language processing.

"Today we have more than 25 different services or APIs, underpinned by more than 50 different technologies like dialog framing, knowledge validation, voice synthesis, language modelling and visual analysis," she said. ®

What now, Larry? AWS boss insists Amazon will have dumped Oracle database by end of 2019