Eggheads at MIT are getting better and better at using Wi-Fi signals to see through walls, capturing motion accurate to within a few centimetres.

Using the same signals sent out by your wireless router, the team built a device it has called RF-Capture, and placed it behind an ordinary lab building wall. It was able to pick up coarse images of individuals on the other side of the wall by analyzing reflected radio waves, which they then converted into a heat-map-style graphic.

Interestingly, the group then worked on the system to track motion. The combination of many different pictures that in themselves are not very detailed helps build up an accurate picture of what – and who – is on the other side of the wall.

The team – whose previous work in this area can be found here and here – claims to now be able to track hand movements with a resolution of two centimetres. In a video posted to YouTube, the RF-Capture gear senses an object's movements in 3D with a drywall in between.

A paper on the project webpage says it is also able to recognize individuals with its device with 90 per cent accuracy due to their size and gait (although of course, there were only a small number of people in its tests).

The system is a little rough but does have significant potential. For one, it doesn't require someone to wear a sensor. It doesn't require line of sight. And it is very safe: the Wi-Fi signals are many thousands of times smaller than even a mobile phone.

Presumably, given the ubiquity of wireless technology, it would also prove very cheap to build and run the system. 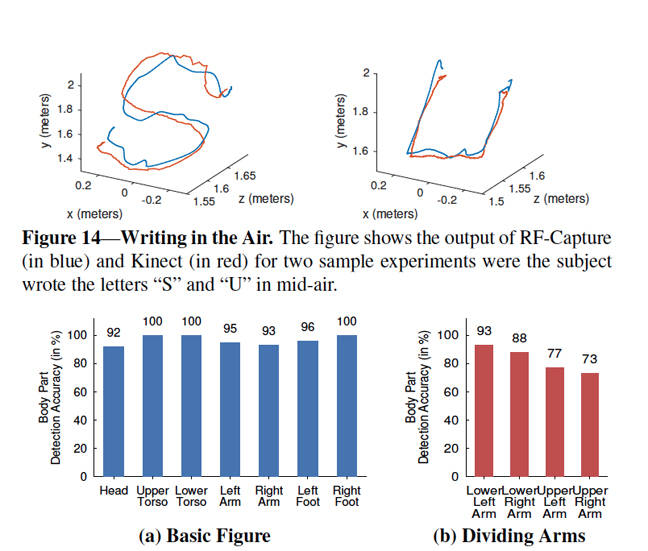 The team has a number of ideas for how to use the device, such as scanning a house for a person's presence, and suggested it could be used to keep an eye on the elderly to make sure they have not fallen down. They also believe that with some refinement they could do things like measure someone's breathing and heart rate.

Such a system could also have uses around security and smart-homes, identifying individuals in specific locations. It could help improve on the motion capture for video games, and a host of other uses. ®