Use Skype if you want to report a crime, say cops 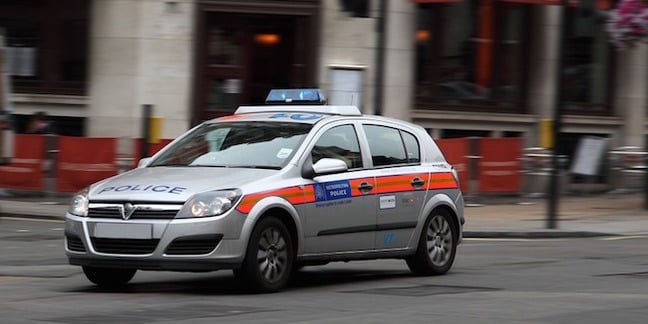 Police in Peterborough, UK, are asking Brits to report crimes via Skype chats.

Officers in the east-of-England city, population 185,000, will grapple with Microsoft's video-chat software in lieu of face-to-face visits.

Meeting people in their homes takes up too much valuable police time, we're told. The 999 emergency line will still be there if you need immediate help.

"This initiative will bring the police more in line with other services, such as doctors' surgeries, and as with the health service, our emergency response will be there when required," said Superintendent Melanie Dales, area commander for Peterborough.

"It will allow officers, who use a large proportion of their time traveling across the city to and from appointments, more time to patrol their neighbourhoods."

The Skype appointment system will be used with the 101 reporting system, which is used to set appointments for in-house visits and interviews by officers. Now, those who call will have the option of either setting up a Skype chat, traveling to Peterborough's Thorpe Wood police station for an interview, or doing a standard phone interview.

The Skype chat options will be available from 8am to 10pm seven days a week.

The initiative comes just months after the London plod kicked off their own tests of new technology with the trial of hundreds of tablets running iOS, Android, and Windows.

Those upgrades are in many cases sorely needed, as police and emergency responders have been found to be relying on dated IT platforms. ®

It's not you, it's Slack: Chat app falls down – and at such a very convenient moment

Kiss my ASCII, Microsoft – we've got one million fewer daily active users than you, boasts Slack

Microsoft to bravely defend US democracy for a slack handful of voters in Fulton, Wisconsin

Your workmates might still be reading that 'unshared' Slack document

IRC-for-millennials biz shrugs: Yeah, we might fix that later