CSC, NetCracker IT staff worked on US military telecoms 'without govt security clearance'

Outsourcers cough up $12m in tussle with DoJ over claims 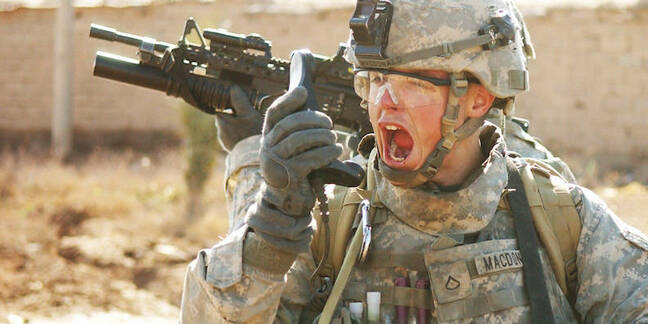 The US Department of Justice (DoJ) has extracted $12m (£7.78m) from contractors accused of using workers who had not been given proper security clearances before performing government IT work.

The DoJ said Netcracker Technology Corp would pay $11.4m and Computer Sciences Corp (CSC) would shell out $1.35m to settle allegations made against them under the US False Claims Act.

According to the DoJ, Netcracker and CSC had taken contracts to provide telecom services for the Defense Information Systems Agency (DISA), a branch of the Department of Defense (DoD). CSC was given the primary contract, then subcontracted some of the services out to Netcracker.

The DoJ alleged that, from 2008 to 2013, some of the employees who worked on those contracts were not properly screened or cleared for DoD work, posing a possible security risk to the project and DISA. The two companies were accused of making false claims to the DoD in order to procure the contracts and "recklessly submitting false claims" for payments from DISA.

"Companies that do business with the federal government have a responsibility to fully meet the terms of their contracts," said US attorney Channing Phillips.

"In addition to holding these two companies accountable for their contracting obligations, this settlement shows that the US attorney's office will take appropriate measures necessary to ensure the integrity of government communications systems."

Former Netcracker employee John Kingsley blew the whistle on the alleged violations and will receive a $2.3m share of the settlement as a reward. The remainder of the money will go back to DISA and the DoD as a partial refund for the contract.

The settlement comes after the screening process itself was called into question following a massive breach of the personal information of government workers and contractors. Hackers breached servers at the US Office of Personnel Management (OPM) to get personal information on more than 20 million applicants for security credentials. ®

CSC spokeswoman Joanne Davis has been in touch to tell us:

"CSC believes it is as much a victim of NetCracker’s conduct as is our DISA customer and agreed to settle this case because the litigation costs outweigh those of the settlement."

"Security is of the utmost importance to CSC. We will continue to fully cooperate with the government regarding these and any other issues."

Auditors slam FBI for shoddy testing of facial-recog tech. But no big deal. It only has 641m images on its systems

No one has complained so far, fed honcho protests

Hackers may be rubbing their hands with glee