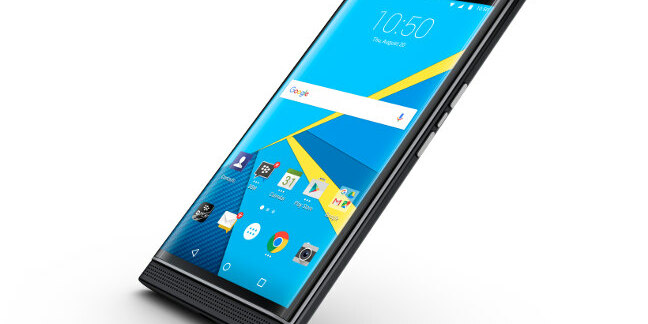 Review If somebody told you six months ago that the best Android phone of 2015 would have been made by BlackBerry, you’d have thought they were a bit mad. BlackBerry didn’t really make phones any more, and what phones it made were marketed as a secure alternative to the Mad Max badlands of Android.

And if anyone had dared suggest that BlackBerry would produce a contender for ‘Phone of the Year’, you’d assume they were totally deluded. Didn’t BlackBerry itself admit it has created niche products for government and regulated industries?

BlackBerry’s new Priv is the real deal in two ways.

In recent years, sophistication has been sacrificed for simplicity. Back in the 1990s and early noughties, PDAs and smartphones competed on rich features, to tech savvy users. The “consumerisation” of technology in the post-iPhone era has led to software being dumbed down. The Priv is not only a very rare thing – an enterprise-focussed Android – but more besides: it attempts to bring a professional grade software stack and features to a top line and beautifully designed consumer product.

The Priv justifies itself on aesthetic, not merely utilitarian grounds. Nobody is ever going to have to apologise ("my boss made me carry one") for carrying a BlackBerry Priv. Not for years has a phone attracted so much curiosity.

The Priv looks conventional, but unfolds to reveal a QWERTY keyboard. It uses stock Android, but is “injected” (as opposed to “hardened”, which isn’t a word anyone would sensibly attempt to use with Android) with the unique crypto identifier found on BlackBerrys. And it's running BlackBerry’s own software “crown jewels".

BlackBerry is selling the Priv on the basis of its superior security and privacy. For some, that’s a hollow boast. The Priv runs Alphabet Inc’s Android software, notorious for its abundant and sprawling attack vectors, while Alphabet itself is a ruthless consumer data processing company. Almost everything Alphabet’s Google does, from cars to thermostats, is designed to collect and process personal information. Alphabet has even attempted to patent a range of cuddly children's toys that hear and see everything, and transmit it back to Google.

In case you're feeling paranoid, even Alphabet’s executive chairman, Eric Schmidt, shuns his own company’s Android software and continues to use a BlackBerry.

But many enterprises and professionals have given up fighting the tide of BYOB, and for them, having staff use a Priv will be more justifiable than having to cope with what their staff may bring in anyway, while the Priv will be far more acceptable to the staff. Android with BlackBerry’s 'Crown Jewels’ ported over, even in their version 1.0 state, is simply a better Android.

The Priv is very much a first attempt at integrating a platform with an app stack that doesn’t always mesh smoothly with the underlying platform; there are a few signs the Priv was rushed onto the market: there are quirks and annoyances. But for the most part it succeeds, and offers so much more functionality and convenience than generic slab rivals, it simply demands the serious user's attention.

Next page: Hardware and design
Page:
Tips and corrections
85 Comments