How long can this ceasefire last, anyway?

"I'm me", says Osgood, in response to the Doctor's question: is she Zygon or human?

This got me thinking about Me. No, not me, but Me! Ashildr is another would-be companion to the Time Lord, except that – like Osgood – she remains stuck on Earth, not quite to defend the entire planet, but to pick up the pieces after the Doctor leaves.

It's a theme returned to again and again in Season 9 of Doctor Who: identity, difference and how these things clash in classic fashion with war-mongering villains and allies.

What we don't see in The Zygon Inversion is any direct mention of hybrids. But we know they're right there, slinking their way through the story arc – teasing us before a big reveal.

After all, this series' countdown is upon us. There are only four more episodes left to come now that the Doctor has let 20 million Zygons be Zygons (h/t to reader, Richard Scratcher, for that excellent pun) even if their true selves are hidden beneath human flesh.

But for me, as in me this time, The Zygon Inversion feels a little too laboured, overly-wordy and lacking in action, and that's despite a tremendous performance from Peter Capaldi. A pity, too, to see such a brisk demise of the excellent Bonnie.

I like that Clara is able to remotely control Bonnie, as if she's piloting her movements via some type of VR contraption. Watching Clara play this out by looking at a TV screen is a nice touch: like a mishmash of video-gaming through the ages.

'Nobody wins for long. The wheel keeps turning.'

And there's some fun stuff in this ep about first names. Bonnie is in fact Zygella (an inverted Nigella Lawson, perhaps?), while we also learn that Osgood is Petranella (ah yes, I like what you've done there). Even the Doctor jokes (because he surely wouldn't reveal such a "silence will fall" answer, would he?) that his first name is Basil. He looks more like a Thyme to me, though, but whatever.

The Zygon Inversion does a pretty good job of explaining the futility of war with the duality of UNIT and Zygella facing down destruction or peace depending on which buttons they press in the Osgood boxes.

It's the equivalent of two bald men fighting over a comb, and it would seem it takes the Doctor 15 attempts to get it right. Again, showing us how much work goes into negotiating for a peace settlement. 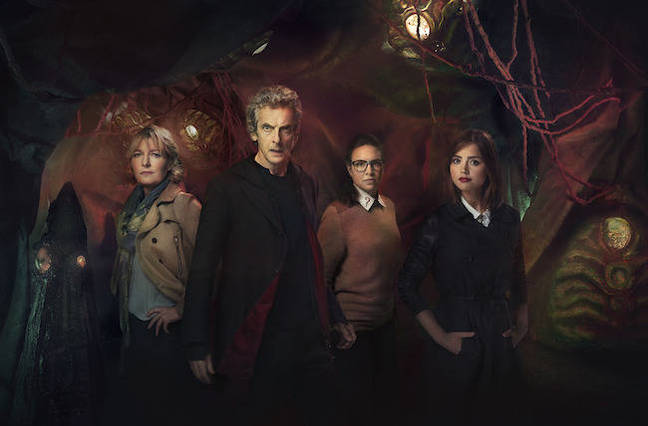 Leaving Zygella with Petranella is a nice touch. And we once again have two Osgoods, which has to be a good thing. But I wanted so much more from this episode, some how. Osgood good. Banishing bad ass Bonnie bad, I say.

It seems Clara will be with us to the bitter end of this season: a big finale exit is certain now, surely? As the Doctor himself says: "I let Clara Oswald get inside my head. Trust me, she doesn't leave." ®