+Comment Global data storage company Imation is on the accountant's operating table and diseased flesh is being slowly cut away. Its third quarter results are dominated by red ink, with a $152m loss, 148 per cent worse (yes, worse) than a year ago. 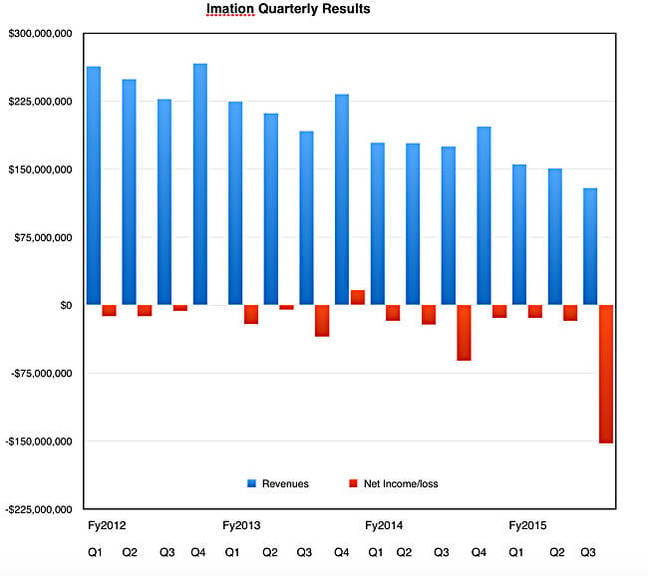 Costs were incurred by Imation’s decision to “terminate certain sales and operations of its worldwide Consumer Storage and Accessories (CSA) business, and further reduce and rationalise its corporate overhead" ... getting out of the consumer business in other words.

Interim CEO Bob Fernandez was quoted as saying that “restructuring alone will not achieve long-term valuation creation ... our board has determined that the best use of Imation’s excess cash involves considering strategic acquisition opportunities to diversify our business activities, including opportunities that may be outside the company’s historical focus".

The cash saved from exiting the CSA business will be re-invested in the TSS unit. Fernandez also said that we "will continue to explore potential strategic alternatives, including divesting non-core and non-operating assets, in addition to aligning the incentives of the company’s management team with those of our shareholders". 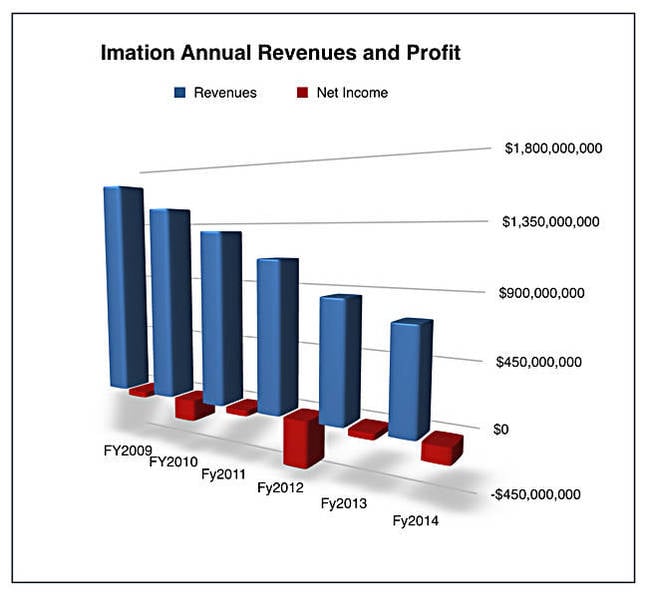 The full-year results are going to be, we can say with a fair degree of confidence, the worst in Imation’s history, probably dropping below $450m. There’s a bit more bleeding to be done yet. ®