Review As the first major milestone release of Windows 10 Mobile nears, Microsoft still has much work to do to bring on the system fluency and capabilities of its predecessor, let alone its established mobile rivals.

Microsoft customers who have taken advantage of Windows Phone to equip field works with modern mobile applications, and who have realigned their development strategy with Universal Windows, may want to spend longer evaluating the client release of Windows 10: for the system today lacks the fit and finish they’ve come to expect. We reviewed Build 10572 two weeks ago.

The development of Windows Mobile needs to hit the milestone in order to appear in two new Microsoft Lumia devices, due to ship on 3 December.

Although performance and battery life are much improved since builds released earlier this year, this build included no new features, so what you see here is likely to be in the shipping ROMs – and the first OTA updates to upgrade-compatible Windows Phones.

And that matters, because there are major shortcomings in vital areas. Here, we’ve outlined the key differences to Windows Phone 8.1. 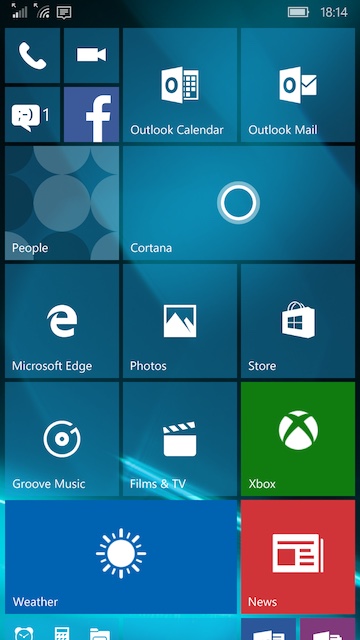 Real mobile Office: Office has been included since the “reboot” of Microsoft’s phone range in 2010, and no client license was needed.

The applications conformed with the Metro (later ‘Modern’) design guidelines but were simplistic, and using them was hampered (until recently) by lack of support for peripherals, such as a Bluetooth keyboard.

Office on Android and iOS streaked ahead. Office on Windows 10 Mobile finally has feature parity on Windows, and it’s a much richer and more capable feature set.

Using the devices on a small screen is a challenge the designers have had trouble dealing with. The features are divided between a “hamburger” menu in the top left and an “overflow” menu, the traditional Windows Phone menu.

In Office, this provides a formatting bar. Users should be reasonably familiar with either, but throughout Window 10 Mobile it isn’t clear which is used for which category of features. Office remains the best thought out of the applications Microsoft has revamped.

While the intention appears to be to make Notifications “actionable”, this isn’t evident in this build.

By contrast, Android users can choose from a range of to Notifications from the lock screen or the Notifications shade. One of the quick settings is not a Setting but a shortcut to OneNote.

Edge represents a significant step forward over the Internet Explorer mobile found in Windows Phone, and has now been fleshed out with more of a basic browser's features. Edge waits before rendering the page, but the waits aren’t long: the perceived speed increase is real.

Do Not Track requests are off, but so too is Page Prediction. At this stage in their respective development cycles, Edge on mobile compares favourably with the desktop version.

Next page: Other positives
Page: