Identifying terrorists: Let's find a value for needle in haystack

Or DO we bulk-slurp citizens' data, trawl whole %^* thing 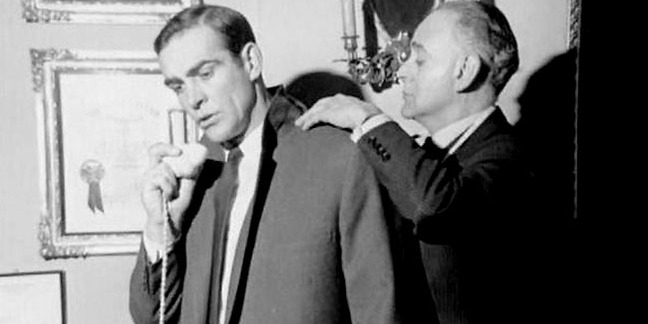 IPB So you're looking to stop a terrorist attack. What do you do?

(a) build the largest haystack about all the population because you know that the needle has to be in there “somewhere”; or

(b) have the powers to look at all the relevant smaller haystacks that are around when you have inkling as to what kind of needle you are looking for.

In Article 8 Human Rights terms, does Parliament enact legislation that allows the national security agencies to collect bulk personal data when there is no prior suspicion, so these agencies can do speculative searches in the hope they get lucky?  Or do you have the traditional civil liberties view that you need a modicum of prior suspicion before you go looking?

The Home Office prefer the former; the civil liberties lobby the latter - and that is one of the key divisive issues at the heart of the Draft Investigatory Powers Bill (“DIP”) published last week.

Clearly, David Anderson QC, who has looked at the issue of bulk data collection, recognises that the civil liberties stance that requires prior suspicion must adapt; this is because Annex 9 to his report lists half a dozen cases where access to bulk communications datasets have produced results. However, this does not mean the Home Office can use this support in order to propose draft legislation that goes off the scale in the other direction.

In summary, unfettered and mass personal data collection in the name of national security and serious crime is one of DIP’s main proposals.  The Home Office, perhaps sensing a chance to enhance the surveillance powers for the organisations that reporting to it, has drafted general provisions that gives the national security agencies (and police in the context of “serious crime”) the power to obtain any personal database.

First of all, a “bulk personal dataset” is flexibly defined.  Clause 150 of DIP says:

The explanatory notes state that “Examples of these datasets include the telephone directory or the electoral roll”.

For completeness: “Personal data” has the same meaning as in the Data Protection Act 1998 except that it also includes data relating to a deceased individual; in addition “data” is defined to include “any information which is not data”. (Those taking the BCS DP Practitioner exam should be able to explain why and understand that DIP powers apply to collections of personal information in manual records contrary to what other Home Office publications say).

Obtaining a bulk dataset is legitimised by warrant signed by the Secretary of State and is also approved by a Judge; a warrant can apply to a class of bulk datasets (e.g. all electoral rolls).  The key test applied by the Secretary of State is whether such data collection is “necessary” and “proportionate” in terms of operational requirements and of Article 8 of the Human Rights Act (soon to be modified by the Government); these tests are then confirmed by a senior judge.  Warrants are valid for six months but they can be renewed.

As far as I can see, the following appear to be targets for dataset acquisition (in whole or part):

DIP does not specifically exclude bulk personal datasets that contain Sensitive Personal Data; one thus has to assume that these can be the target of data collection too.

Assuming there is an operational requirement to obtain a bulk personal dataset, the DIP safeguards appear to be as follows:

In further detail, Schedule 3, paragraph 2 of DIP specifies the data processing rules in the Code; it will include provisions about:

(b) who may access the data on behalf of the authority,

(c) with whom, and under what conditions, the data may be disclosed,

(d) the processing of the data for purposes otherwise than in connection with the purposes for which it was obtained or retained,

(e) the processing of the data together with other data,

(f) the processes for determining how long the data should be held and for the destruction of the data.”

Finally, the Home Office assert on the face of DIP (without evidence so far) that their proposals are “necessary” and “proportionate” mainly because, I suspect, these are the responsibilities of the Secretary of State and the senior judge as part of their warrant signing/approval procedures.

The following safeguards do not feature in DIP (and remember that “the majority of the individuals are not, and are unlikely to become, of interest to the intelligence service”):

In addition, existing routes for the national security agencies to obtain bulk personal datasets are not closed.  For example, Schedule 1 of Counter-Terrorism Act 2008 which modifies the “Representation of the People (England and Wales) Regulations 2001 (S.I. 2001/341)” is not repealed.  This modification includes Regulation 108A which is entitles the “Supply of full register etc to the security services”.  All other access routes to datasets should be closed if DIP is to progress.

Note that the Section 28 National Security Certificate regime has to remain in place in order to ensure the Principles and rights granted by the Data Protection Act are negated; this has unfortunate consequences.

For instance, the Second Principle requires a data controller not to disclose personal data for an incompatible purpose.  So if the national security agencies wanted only to disclose or use the bulk dataset for compatible purposes, then there would be no need for the text in Schedule 3, paragraph 2(c) that allows them to decide “with whom, and under what conditions, the data may be disclosed” or paragraph 2(d) “the processing of the data for purposes otherwise than in connection with the purposes for which it was obtained or retained”.

All you need to do is incorporate into Schedule 3 is the text of the Second Principle.  By eschewing this Principle, DIP is thereby (inadvertently one hopes) legitimising processing for incompatible purposes.

The same argument applies to other Principles (e.g. Seventh, Eighth)

Parliament should at least learn from the bulk communications data acquisition which was legitimised under section 94 of the Telecommunications Act 1984 (see last blog on Section 94); these general DIP bulk personal dataset collection powers do not have any kind of “sunset” arrangements.  This is alarming, given that future technological developments are likely to allow for the collection of more intrusive personal datasets not less.

The proposed changes to Article 8 of the Human Rights Act should be considered in the context of this Bill; there is a risk that any change to Article 8 by the Government could move the goal posts in terms of “necessity” and “proportionality” (i.e. the key warranting safeguards in DIP).  That is why the Government should publish the legal advice that shows that DIP’s bulk dataset provisions are Article 8 compliant.

As I said before, the national security agencies need to embrace the Data Protection Principles and the types of safeguards I have identified above.  If not, bulk personal dataset collection and mass surveillance are indistinguishable.

Should Section 28 national security certificates exclude the Data Protection Principles? (this is the position in DIP).

Annex 9 of Anderson Report “A Question of Trust” (PDF)

Wider use of electoral roll

If at first you don't succeed, pry, pry again: Feds once again demand Apple unlock encrypted iPhones in yet another terrorism case

Australian oppn. leader wants to do something about Bitcoin, because terrorism and crypto

We need to make it even easier for UK terror cops to rummage about in folks' phones, says govt lawyer

Don't want to incriminate yourself? Tough luck, you terrorist