Computer pioneer behind sequential vs parallel processing law passes away 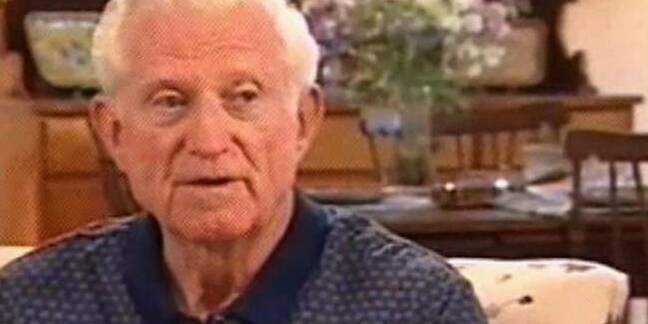 Obit IBM's mainframe systems' trailblazer, Gene Amdahl, has died at the age of 92.

His wife Marian said he had passed away on Tuesday, after suffering from pneumonia. Amdahl was diagnosed with Alzheimer's disease five years ago, she said.

Amdahl was born in Flandreau, South Dakota in 1922. He joined IBM in 1952, immediately after graduating from university with a bachelor's degree in engineering physics and a masters and PhD in theoretical physics.

The Computer History Museum said Amdahl had "an immediate impact" as Big Blue's chief architect, overseeing the development of its 704 mainframe computer. "This far outsold initial predictions, cementing Amdahl's reputation as a rising star," it said.

After a stint away from IBM, Amdahl returned to the firm in 1960, when he became chief architect of the System/360 big iron, which cost Big Blue an eye-popping $5bn to develop.

By 1965, Amdahl had been crowned an IBM Fellow and headed up the company's Advanced Computing Systems Lab, based in Menlo Park, California. He went on to develop "Amdahl's Law", which is regularly used in parallel computing to help estimate speed-up on multi-processor, or even core, systems.

He left IBM in 1970 to form his own firm – Fujitsu-backed Amdahl Corporation – where he famously competed with his old employer in the big iron market, by selling cheaper mainframe computers stuffed with IBM software.

IBM was required to comply with an antitrust agreement in the US that meant it had to licence some of its mainframe tech to its rivals.

Amdahl went on to found a number of other companies during the 1980s, after he quit Amdahl Corp in 1979 – selling his 58 per cent stake in the outfit to Fujitsu.

He is survived by his wife, son, two daughters and five grandkids. ®