The Linux distro that doesn't stop

Review OK, it was a slight delay – one week – but the latest Fedora, number 23, represents a significant update that was worth waiting for.

That’s thanks not just to upstream projects like GNOME, now at 3.18, but also some impressive new features from team Fedora.

Like its predecessor, this Fedora comes in three base configurations – Workstation, Server and Cloud. The former is the desktop release and the primary basis for my testing, though I also tested out the Server release this time around.

The default Fedora 23 live CD will install the GNOME desktop though there are plenty of spins available if you prefer something else. I opted for GNOME since a lot of what's new in GNOME, like much improved Wayland support is currently only really available through Fedora.

I have been hard on Fedora's Anaconda installer in the past, but I am slowly coming around. The installation experience in Fedora 23 is hard to beat, particularly the way you don't need to visit sections if Fedora has guessed something right. For example, Anaconda correctly guessed my time zone so I can just skip that panel without even needing to click OK. It's a small thing, but it helps set a certain tone of feature completeness right from the start. 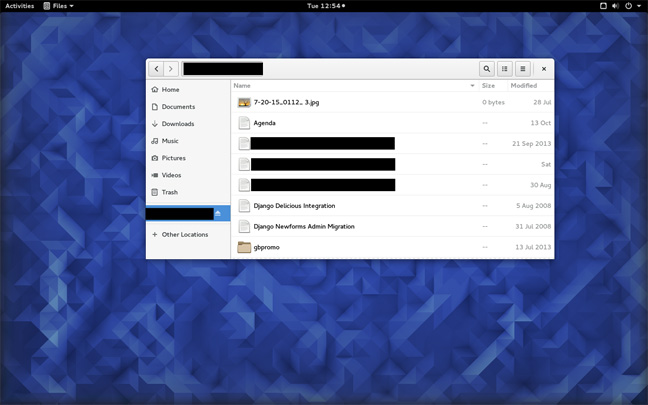 I still think the button-based approach of Anaconda can sometimes make it hard to figure out what you've missed if it's your first time using the installer. But it's a little clearer in Fedora 23 because there's an additional orange bar across the bottom to tell you about whatever you missed.

What's perhaps most encouraging about Anaconda is that Fedora keeps refining it. Having just installed and tested Ubuntu and openSUSE, I wouldn't hesitate to say Anaconda is a better experience than either. It's certainly faster thanks to the amount of stuff you can simply ignore.

Once you've got Fedora WorkStation installed the first thing you'll likely notice is GNOME 3.18. GNOME may be upstream from Fedora, but Fedora has long been where GNOME turns to showcase new features and Fedora 23 is no different.

Among the changes in GNOME 3.18 are faster searching, first-class support for integrating Google Drive in Nautilus, support for light sensors (handy on laptops since you can lower the back light setting and extend battery life) and improved Wayland support. More on Wayland in a minute, but some other new features in GNOME 3.18 deserve mention.

GNOME Software now has support for firmware updates via fwupd. The firmware support means means you won't need any proprietary tools nor will you have to resort to pulling out the bootable DVDs. The catch is that the vendor for your hardware needs to upload the firmware to the Linux Vendor Firmware Service.

Another big new GNOME project that arrives – albeit in limited form – is the Xdg project. Xdg is a system for building, distributing and running sandboxed desktop applications.

Aside from the security gains of sandboxing, xdg-app also hopes to allow app developers to use a single package for multiple distros. The xdg support in Fedora 23 is still very experimental and none of the apps are actually packaged this way, but look for xdg support to continue expanding in Fedora and GNOME's futures.

Fedora has been an early adopter of Wayland, the X.org replacement that will eventually be the default option (coming perhaps as early as Fedora 24). If you'd like to play around with Wayland this release offers considerably more support than any other distro to date.

In fact, provided you have supported hardware, Wayland actually works quite well and, with a little extra effort installing some experimental repos can get you really nice features like full GTK 3 support for OpenOffice 5 – meaning support for HiDPI screens, among other things – and support for running monitors with DPI-independent resolution. That is, you can have hi-res and normal res monitors running off the same machine and it all just works. Reportedly, anyway.

Not everything GNOME 3.18 is great, though. The GNOME project continues its curious take on usability by, once again, removing something that was genuinely useful. In this case, it's the file copy feedback message that was a small window with a progress bar. The window is gone and now you'll have to get by with a tiny icon in the Nautilus window that shows progress via a pie chart looking icon.

I mention this not so much to poke fun at Nautilus's ever-declining usability, but because it is the only file copy feedback you'll get and unless you know it's there you'll probably keep dragging and dropping files, thinking they haven't copied, when in fact they have you just didn't notice. You silly user wanting feedback about an action you initiated. Sigh. By the time GNOME gets done with it Nautilus won't actually do anything anymore, it will just be a nice looking window you can use to view files. 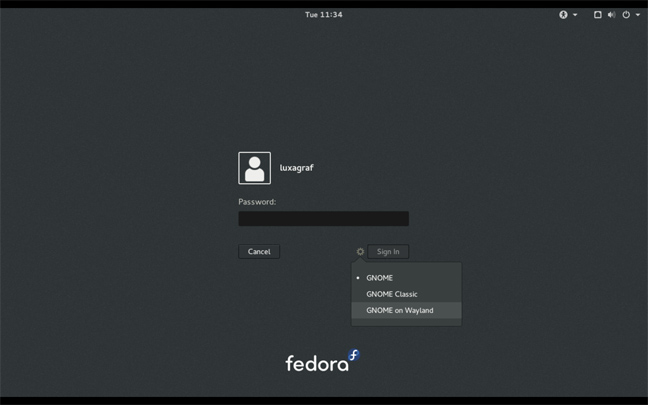 On the plus side, the new Google Drive integration is quite nice. Once you enter your Google account details interacting with your Drive documents in indistinguishable from local documents (provided you have an internet connection that is, without one you'll be looking at a lot of documents you can't actually open).

There are some big changes afoot in the Server release of Fedora 23 as well. Fedora's Cockpit, a web-based management console that aims to make everyone a reasonably competent sysadmin, has been updated again. You'd be hard pressed to find a simpler visual way to monitor and manage your Fedora server deployments. You can do everything from here, including searching for, installing and deploying Docker containers with a single click. Cockpit's greatest contribution to the server world isn't its ease of use, though: it's that its ease of use means more secure deployments.

This release continues to improve on security by adding support for SSH key authentication in Cockpit and support for configuring user accounts with authorized keys. Fedora 23 Server also gets a rolekit update with the addition of a new role for a cache server for web applications (powered by memcached).

All versions of Fedora 23 ship with Linux kernel 4.2, which is pretty close to the latest and greatest, adding new hardware support for Intel Skylake CPUs and AMD GPUs.

Fedora's new DNF package manager gets some more new powers in this release: it's now in charge of system upgrades. That's right, no more fedup, which frankly, didn't make the update process very smooth in my experience. The DNF update process is very simple, just a couple of commands. DNF also uses systemd's support for offline system updates and allows you to roll them back if necessary.

The new upgrade tools are a welcome change not just because upgrading is easier and safer (with the ability to roll back should things go awry), but because Fedora has no LTS style release. Fedora 23 will be supported for 12 months and then you'll need to move on to Fedora 24. That's a bit abrupt if you're coming from the Ubuntu (or especially Debian) world of LTS releases with five years of support.

If you want that in the Red Hat ecosystem then you need to turn to RHEL or CentOS. However, now that Fedora is capable of transactional updates with rollbacks the missing LTS release feels, well, less missing, since upgrading is less problematic. ®