Hyper-V containers debut along with erasure codes, live VM migration and other goodies 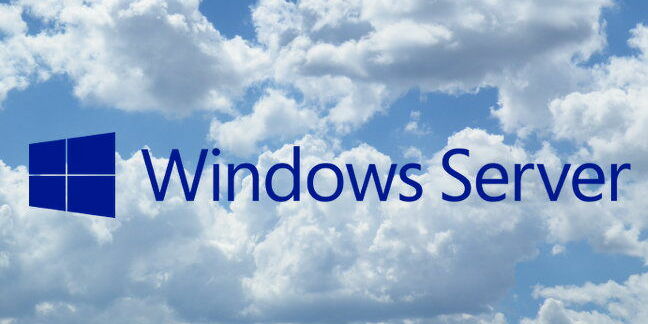 Microsoft's popped out the fourth Technical Previews of Windows Server 2016 and System Centre 2016.

The headline item in Windows Server is Hyper-V containers, Microsoft's “container-optimised” version of its Hyper-V hypervisor. Like others, Redmond's decided that there are occasions on which you'll want containers to run under the same kind of rigorous management and with the same isolation often applied to virtual machines. Hyper-V containers do just that and more-or-less bring Microsoft to parity with VMware, which offers vSphere Integrated Containers alongside the looser arrangements offered by Photon Platform.

Also in the new preview are:

There's also integration with Microsoft Operations Management Suite (MOMS), the superset of System Center that adds multi-cloud management-as-a-service. MOMS looks to be the heir to System Center: Microsoft's pushing it hard as ideal for hybrid clouds even as it also adds hybrid features to its old-school tool.

Four previews is a lot, so can we conclude anything about the likely release date for Windows Server 2016? We're guessing the second half of 2016.

Some features in the new releases are described as “early previews” which suggests there's rather more work to be done.

The posts announcing the new previews also mention plenty of features tweaked in response to customer requests. Satya Nadella's Microsoft is very keen on feedback and consultation, so it seems reasonable to expect more customer-inspired tweakage.

Another hint can be found in the fact that Microsoft pushed back its US Ignite conference from May to late September 2016. It also changed venue as Chicago apparently struggled to cope with Ignite 2015, so the move to Atlanta was apparently made with attendee comfort and venue capacity in mind. That motive for the move suggests a launch at Ignite 2016 might not happen, but on the other hand Microsoft does love a launch party.

Preview four of Windows Server 2016 can be found here and System Center's new cut is yours for the downloading here. ®