Doctor Who: Even the TARDIS key can't unpick the chronolock in Face the Raven

Clara will she/won't she die weariness kicks in

So this week we have our hero stumbling upon a Harry Potter-like set, with Clara and returning character Rigsy (remember him?) in tow.

A mysterious tattoo on the back of Rigsy's neck counts down to zero and – with the clock ticking – the hunt is on to find who's behind the devilish ink.

Eventually, a London trap street (and, thankfully, not a Google Maps Easter Egg) lures them in to a hidden refugee camp of dangerous aliens wrapped in human flesh. And, yes, I'm sounding the hybrids klaxon again.

Clara is, as expected by now, dicing with death in Face the Raven. But, sadly, I have Clara-exit fatigue. Pretty much every episode of this season of Doctor Who has hinted at one Clara kill or another, and yet each time that cheery head of hers pops back up for another adventure.

Perhaps show runner Steven Moffat did this deliberately to prepare kid viewers for Clara's eventual death. It means her last breath is an emotional, lengthy scene in which she tells the Doctor not to seek revenge.

The immediate extermination of Clara way back in season opener, The Magician's Apprentice, was so much more thrilling, wasn't it?

Ashildr's return finally reveals the treachery the Doctor has long feared. But why did the Doctor allow himself to be so willingly led into her trap in the first place? Is there something he's not telling us? 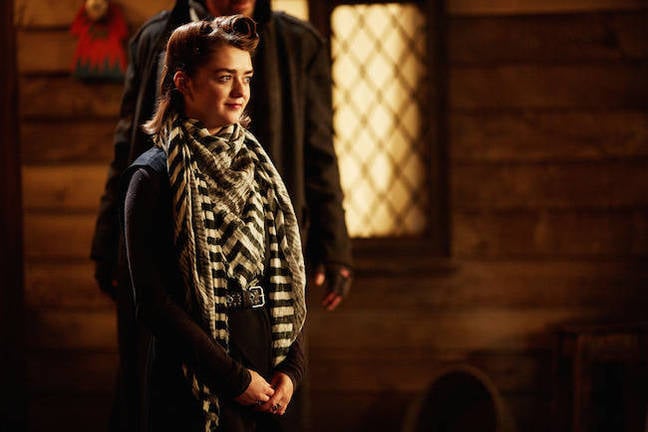 Last week's episode also left us with a feeling of unease. "Nothing makes sense", the Doctor says at the end of Sleep No More. Unlike the rest of this season, however, that storyline wasn't neatly tied up in a second-parter and it was never made clear to us what affect the sleep pod may have had on Clara.

Is she gone for good, then?

There are two eps left to go and a great deal of questions need answers. What's the significance of the hybrids throughout this series? Will the Doctor ever recover his sonic screwdriver from a young Davros? Is Rigsy the new assistant? Will Missy and Osgood appear in the finale? And where the hell is he being teleported to by a devious Ashildr?

Answers on a postcard addressed to Hybrid Way, please. ®