Refreeze the poles... giant magnifying glass... What shall we do?

The Paris climate talks hope to set out how we can reduce the amount of carbon we’re pumping into the atmosphere. But emissions cuts alone may not be enough. Atmospheric CO2 is the blanket that keeps our planet warm and any further emissions will mean more global warming. Observations in recent years show that warming is accelerating, that polar ice and glaciers are all melting, that sea level is rising … it all looks rather bleak.

Could we directly engineer the climate and refreeze the poles? The answer is probably yes, and it could be a cheap thing to achieve – maybe costing only a few billion dollars a year. But doing this – or even just talking about it – is controversial.

Some have suggested there is a good business case to be made. We could carefully engineer the climate for a few decades while we work out how to reduce our dependency on carbon, and by taking our time we can protect the global economy and avoid financial crises. I don’t believe this argument for a minute, but you can see it’s a tempting prospect.

One option might be to reflect some of the Sun’s energy back into space. This is known as Solar Radiation Management (SRM), and it is the most viable climate engineering technology explored so far.

For instance we could spray sea water up out of the oceans to seed clouds and create more “whiteness”, which we know is a good way to reflect the heat of the Sun. Others have proposed schemes to put mirrors in space, carefully located at the point between the Sun and the Earth where gravity forces balance. These mirrors could reflect, say, 2 per cent of the Sun’s rays harmlessly into space, but the price tag puts them out of reach. 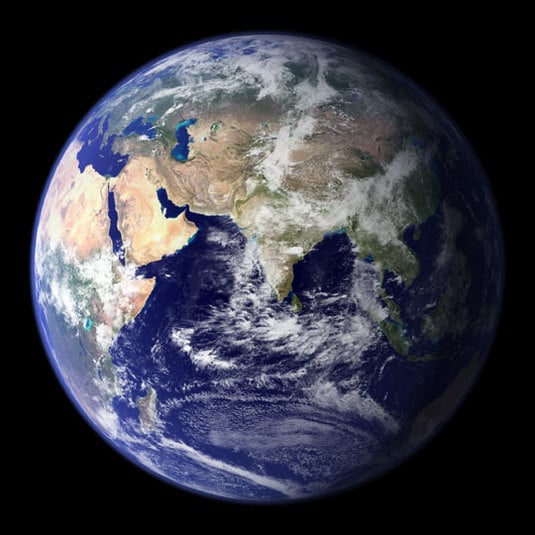 All those clouds reflect a lot of heat.

Perhaps a more immediate prospect for cooling the planet is to spray tiny particles high up into the stratosphere, at around 20km altitude – this is twice as high as normal commercial planes fly. To maximise reflectivity these particles would need to be around 0.5 micrometres across, like the finest of dust.

We know from large volcanic eruptions that particles injected at high altitude cool the planet. The 1991 eruption of Mount Pinatubo in the Philippines is the best recent example. It is estimated that more than 10m tonnes of sulphur dioxide were propelled into the high atmosphere and it quickly formed tiny droplets of sulphuric acid (yes, the same stuff found in acid rain) which reflected sunlight and caused global cooling. For about a year after Pinatubo the Earth cooled by around 0.4℃ and then temperatures reverted to normal.

I was involved recently in the SPICE project (Stratospheric Particle Injection for Climate Engineering) and we looked at the possibility of injecting all sorts of particles, including titanium dioxide, which is also used as the pigment in most paints and is the active ingredient in sun lotion. 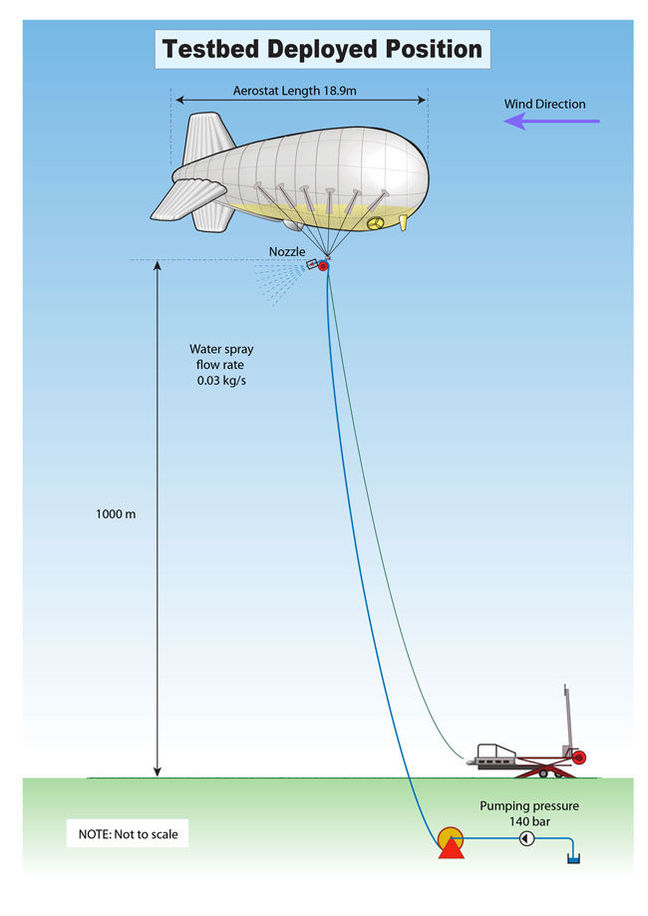 The technology to deliver these particles is crazy – we looked at pumping them in a slurry up to 20km into the air using a giant hose suspended by a huge helium balloon. A small-scale experiment was cancelled because even it proved too controversial, too hot. Imagine if we demonstrate that this technology can work. Politicians could then claim there was a technical “fix” for climate change so there would be no need to cut emissions after all.

But this isn’t a ‘quick fix’

There are so many problems with climate engineering. The main one is that we have only one planet to work with (we have no Planet B) and if we screw this one up then what do we do? Say “sorry” I guess. But we’re already screwing it up by burning more than 10 billion tonnes of fossil fuels a year. We have to stop this carbon madness immediately.

Engineering the climate by reflecting sunlight doesn’t prevent more CO2 being pumped into the atmosphere, some of which dissolves in the oceans causing acidification which is a problem for delicate marine ecosystems.

There is therefore a strong imperative to remove the 600 billion tonnes of fossil carbon that we’ve already puffed into the air in just 250 years. This is known as Carbon Dioxide Removal (CDR).

We must work fast to cut our carbon emissions and at the same time we should explore as many climate engineering options as possible, simultaneously. However while reflecting sunlight may be an idea that buys us some time it is absolutely not a solution for climate change and it is still vital that we cut our emissions – we can’t use climate engineering as a get-out clause.