It's the organization's second attempt at bringing a rocket back to Earth in one piece. The technology rivals Elon Musk-run SpaceX's reusable systems that also land on their feet (in theory). 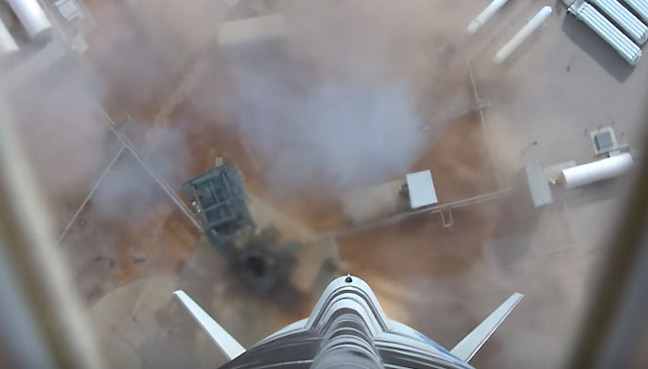 Our unique ring fin shifted the center of pressure aft to help control reentry and descent; eight large drag brakes deployed and reduced the vehicle’s terminal speed to 387 mph; hydraulically actuated fins steered the vehicle through 119-mph high-altitude crosswinds to a location precisely aligned with and 5,000 feet above the landing pad; then the highly-throttleable BE-3 engine re-ignited to slow the booster as the landing gear deployed and the vehicle descended the last 100 feet at 4.4 mph to touchdown on the pad. 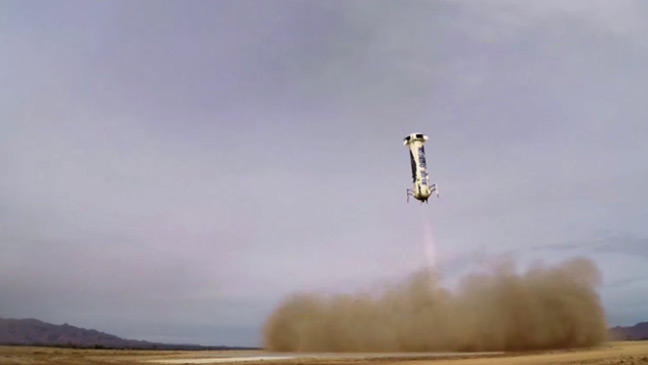 There's more on the New Shepard tech here, including details on the pressurised capsule. That also touched down safely yesterday, having detached and descended by parachute.

Blue Origin has released a somewhat preposterous video of the mission. Bezos admits "we took the liberty of engineering all the drama out of the landing":

As you can see, New Shepard is ultimately intended to lift six passengers to an edge-of-space experience. Now that Blue Origin has got the thing off the ground and back again in one piece, Bezos is keen to get potential customers to register their interest. ®